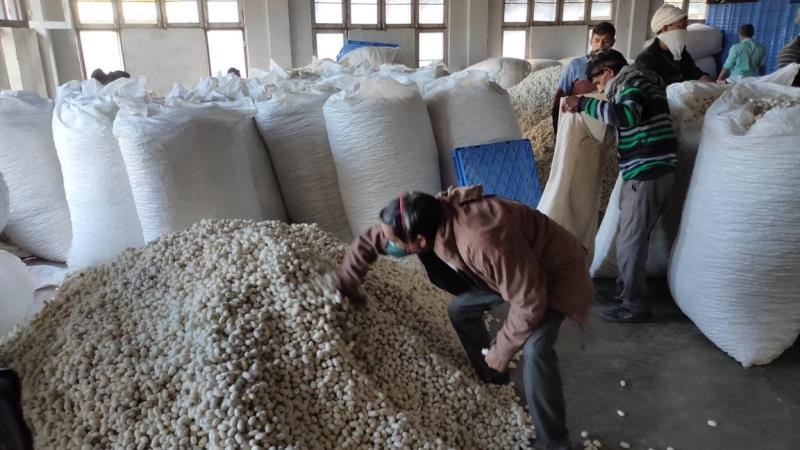 The information was given at a meeting chaired by District Development Commissioner, Dr Piyush Singla to review the performance of Sericulture Department Development in the district.

Giving details, District Sericulture Officer, Rajeev Gupta informed that Sericulture is the oldest Agro based Industry of J&K Union Territory. It has flourished in the rain fed areas of Jammu Province because of the reason that mulberry being a deep rooted plant once planted properly and cared properly during first year gives leaf even during the seasons when other surface feeder crops like maize and wheat fail.

“It is a subsidiary occupation and more than 5900 families especially women are associated with it in Udhampur District”, he said and added that the women get job at their door steps, rather indoor and earn with dignity as they do not have to go outside for work. The marketing is assured as it is organized by department itself by inviting silk cocoon buyers from all over India.

The DSO stated that in the year 2020 21, 4930 ounces of silkworm seed was distributed among 4681 farmers after incubation and chawki rearing in 87 incubation centres with the result 1.824 lakh KG cocoon was produced and the farmers earned an amount of Rs. 409.448 lacs with an average income of 8747/- per annum as additional income.

He said Cocoon crop is a short duration crop and the farmers can earn money by working for 20 to 30 days as compared to other cash crops. During current year one farmer namely Krishan Lal of Sauntha has produced 76.850 Dry Cocoon Crop and earned Rs. 74928/.

Regarding departmental activities and infrastructure, he said that, Sericulture Udhampur has produced plant material of improved varieties in its 15 nurseries. The plants raised in the nurseries are further transplanted in the field through beneficiaries and on state land by the department.

He said department distribute about 1.00 lakh standard size plants annually for raising of Mulberry foliage qualitatively and quantitatively for production of quality bivoltine Cocoons by the farmers.