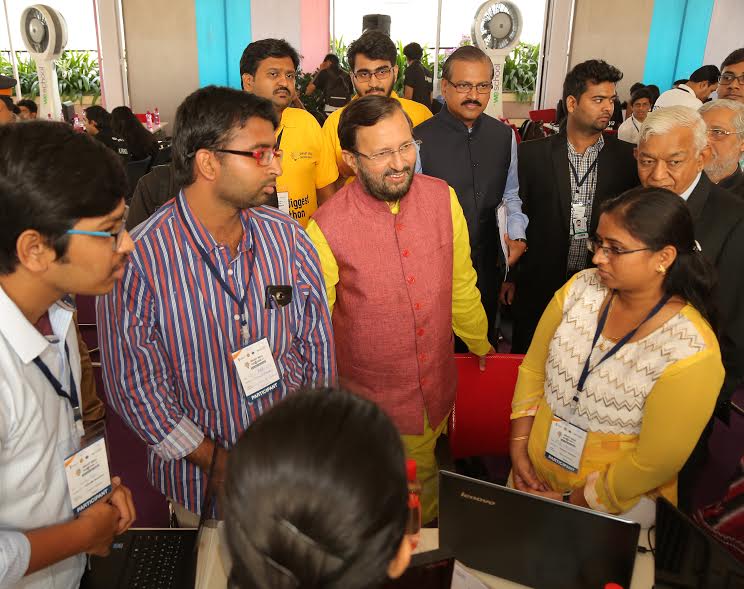 1000 Cr. Grant will be given only to Public Institutions under Institutes of Eminence tag- HRD Minister Prakash Javadekar

Accordingly, applications were invited through UGC’s notification dated 13th September, 2017 from existing Government Institutions and existing Private Institution along with from Sponsoring Organizations which intends to set up new Institutions of Eminence Deemed to be University. In this regard, 114 applications – 74 from public sector and 40 from private sector, including 11 applications in the Greenfield projects have been received.

These applications had been entrusted to an Empowered Expert Committee (EEC) constituted for this purpose. The EEC, after thorough examination of applications and presentations made by the institutions, made its recommendations to UGC.

The Institutions were recommended and approved by the EEC and the UGC based on their detailed fifteen year strategic vision plan and a five year rolling implementation plan viz. Academic Plan, Faculty Recruitment Plan, Students Admission plan, Research Plan, Networking Plan, Infrastructure development Plan, Finance Plan, Administrative Plan, Governance Plan, etc. with clear annual milestones and action plans on how the Institutions of Eminence Deemed to be Universities are to be set up, with identifiable outputs and outcomes and their plan to meet the criteria for attaining the status of an Institution of Eminence, as mentioned in their application and presentations made before the EEC.

While replying to a supplementary question ShriJavadekar said that Rs. 1000 cr. grant will be given only to public institutions and no funds will be given to private institutions under Institute of Eminence tag. He further clarified that Institute of Eminence tag has not been given to Jio Institute yet; only Letter of Intent has been given on the recommendation of Empowered Expert Committee (EEC). `

Lancaster University: Study shows urban Britain’s potential as a ‘grow your own’…

University of Technology Sydney: Ancestral Remains will have a national resting place

University of Technology Sydney: Ancestral Remains will have a…

Karlsruhe Institute of Technology: Safety and comfort in bicycle…

Leiden University: For long, government support for veterans was…