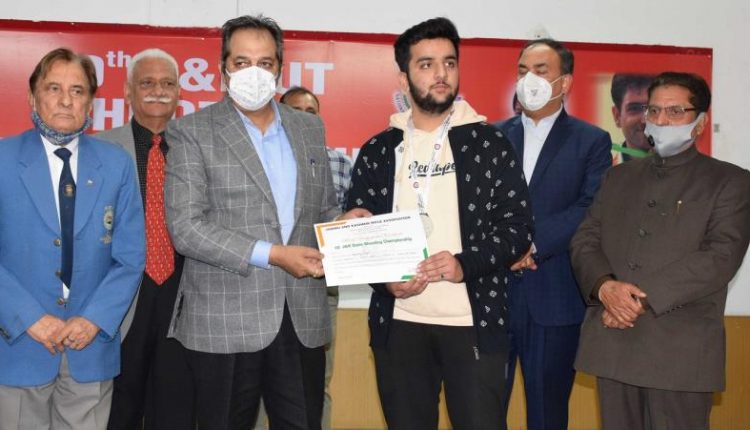 The prize distribution ceremony was presided over by the Chief Guest, Advisor to Lieutenant Governor, Baseer Ahmad Khan.

The chief guest on the occasion gave away the medals and certificates to the winners and participants. Speaking on the occasion, Advisor Baseer Khan expressed happiness on the successful completion of the 10th J&K UT Shooting Championship.

He also congratulated all the winners, organizers and authorities of J&K Rifle Association who made all necessary arrangements for the smooth conduct of the event. The Advisor extended all the possible help in the promotion of shooting as a sports activity in JK. He said that successful completion of events like these will go a long way in bringing out one of the best shooting clubs in the country from J&K.

Around 100 shooters from various districts of J&K participated in the championship. The competition was held in 10 meters, 25 meters, 50 meters Rifle and Pistol events from February 26 to March 02.

Shooters, who attained minimum qualifying score (MQS) will be eligible to participate in 40th North Zone Shooting Championship which is scheduled to be held at Jaipur (Rajasthan) from Rifle/Pistol events from March 23 to April 06.