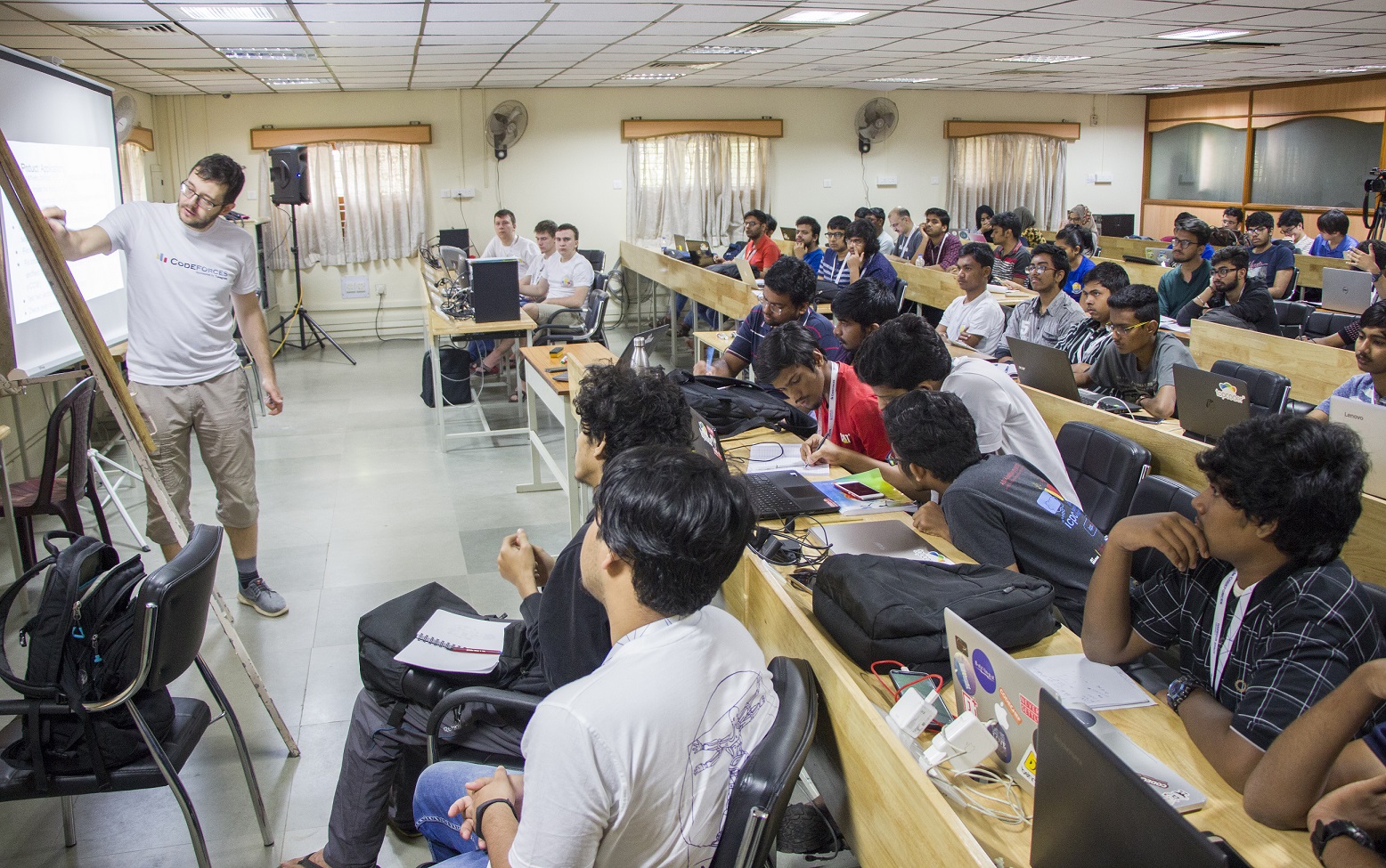 Kollam: More than 120 computer engineering students from universities in 9 nations are participating at the ‘Hello Programming Bootcamp’ at Amrita Vishwa Vidyapeetham to train for ACM-ICPC, the world’s toughest coding contest. The Bootcamp has been organized in collaboration with Harbour.Space, a renowned university for technology and design in Barcelona, while the faculty has been provided by the Moscow Institute of Physics and Technology in Russia.

The students, divided across several teams, hail from nations such as Russia, Lithuania, Jordan, Oman, Japan, Singapore, Germany, the UK and Azerbaijan, in addition to India. At Amrita, they are learning strategies to ace the competition and undergoing similar coding exercises as found in the ACM-ICPC World Finals. The India Bootcamp is being held parallelly with a similar one in Moscow, with students at both camps learning, practicing and competing daily, separated by distance of 7,500 kilometres.

Said Anand Shenoi, Regional Contest Director, ACM ICPC, Amrita Vishwa Vidyapeetham: “At the Hello Programming Bootcamp, we are privileged to meet the brightest minds in the technology industry when they are still at the university. As with most things not born from luck or savant-level talent, it all comes down to hard training if you want to get to the world finals of ACM-ICPC. Amrita Vishwa Vidyapeetham is the largest site in the world for the semi-finals of ACM-ICPC. We have been holding this event every year since 2005, which has been instrumental in increasing student participation in coding competitions in the country.”

Participants at the Boot Camp get to listen to lectures from famous programming coaches, along with keynote speeches from leaders in the world of programming. “It is very difficult, even impossible, to get such knowledge online. Interesting coding problems are presented on a range of topics and all the competitors at the Bootcamp take part in solving these,” Anand Shenoi added.

Said Mike Mirzoyanov, Instructor, Founder & CEO of Codeforces, who hails from Russia and was the Coach of the ACM-ICPC World Champion Team 2006: “I’m positively surprised with the number of students in the Indian teams and their level of expertise. I believe that following a systematic and regular training schedule, they will certainly achieve top world records worldwide in programming.”

Added Gleb Evstropov, Gold Medalist of ACM-ICPC 2014 and 2015 competitions: “It’s the first time that I am participating in the Hello Programming ACM-ICPC Bootcamp in Asia, and I absolutely admire the hospitality of Indian people and motivation of the students. Everyone seems to be eager to learn; participants stay very late solving the contest problems and revising the topics they were taught during the day. The boot camp is a unique opportunity to improve one’s competitive programming level while having a really nice time.”

The ACM-ICPC programming contest has over the years turned out some renowned captains of the industry, including Adam D’Angelo, the former CTO of Facebook and founder of Quora; Nikolai Durov, former CTO of VK and current CTO of Telegram; Matei Zaharia, creator of Apache Spark; Tony Hsieh, CEO of Zappos and a venture capitalist; and Craig Silverstein, the first employee of Google.