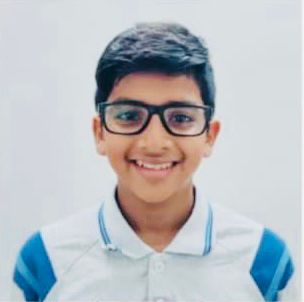 Bengaluru: Savion Babu, grade 8, student of EuroSchool North Campus- Yelahanka, has once again brought laurels to the school by winning the silver medal in the National MTB Cycling Championship. The championship was organized at Pune on 30 and 31st October, where Savion represented Karnataka State. He stood SECOND among 40 participants who cycled for 10 km to win this race.

Savion Babu won the silver medal by grabbing 5th place at the National MTB Cycling Championship held recently. After winning multiple events under the International Time Trial followed by the under-14 category, Savion got qualified for the upcoming National Championship held in Pune on 30th and 31st October, where he represented the Karnataka State.

Elated on receiving the silver medal, Savion, said, “The pressure to perform well at the national championship was there. I practised hard to win this championship. I am grateful for all the support I received from my coach, parents and my school. Without their encouragement, it was not that easy for me to bring this medal home.”

Delighted with Savion’s achievement, Vandana Gupta, Principal EuroSchool, North Campus- Yelahanka, said, “We are delighted to announce that our student Savion Babu has made all of us proud through his achievement. I am sure he will be an inspiration to other students who will follow in his footsteps. Students like Savion are a manifestation of our mission at EuroSchool -we nurture our children and help them discover their true passion.”

State MTB Cycling Championship is organized by the Cycling Federation of India (CFI), an organization that is a pioneer in the promotion of cycling sports in India affiliated to the Indian Olympic Association (IOA), Asian Cycling Confederation (ACC) and Union Cycliste International (UCI). This is the sole body recognized by the Ministry of youth affairs and sports, Govt. of India for the promotion of the sport of cycling in India.