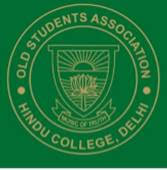 New Delhi: The Old Students’ Association (OSA) of Hindu College, University of Delhi is going to organize the 15th Distinguished Alumni Awards-2017 on Saturday, 22nd April at the Hyatt Regency in the Capital. Shri Rao Inderjit Singh, Minister of State (Independent Charge) for Ministry of Planning and Minister of State for Urban Development and Housing & Urban Poverty Alleviation, Government of India & Shri Ashok Lavasa, Finance Secretary, Government of India are to going to be Chief Guests at the felicitation ceremony.

The OSA Distinguished Alumni Awards annually recognizes Outstanding Achievers who have excelled in their respective fields and made a significant contribution to the society at large. The Old Students Association (since the Centenary Celebrations in 1999-2000) has been annually recognizing its distinguished alumni in a glittering celebration that grows every year by leaps and bounds. The Old Students’ Association (OSA) of Hindu College was established in 1958. Since its inception, the Association has been active in bringing the eminent alumni of the Hindu College, Delhi on one platform.

Commenting on the occasion, Shri Ravi Burman, Secretary, Old Students’ Association (OSA), Hindu College said, “We are glad to be back with the 15th edition of the Distinguished Alumni Awards, a humble endeavour to honour and recognize the alumni of the prestigious Hindu College, who have been doing exemplary contribution to their respective fields and making the alma mater proud.”

The 15th Distinguished Alumni Awards-2017 will honour following alumni of the Hindu College:

9. Pankaj Saran, Ambassador of India to the Russian Federation, Excellence in Foreign Service