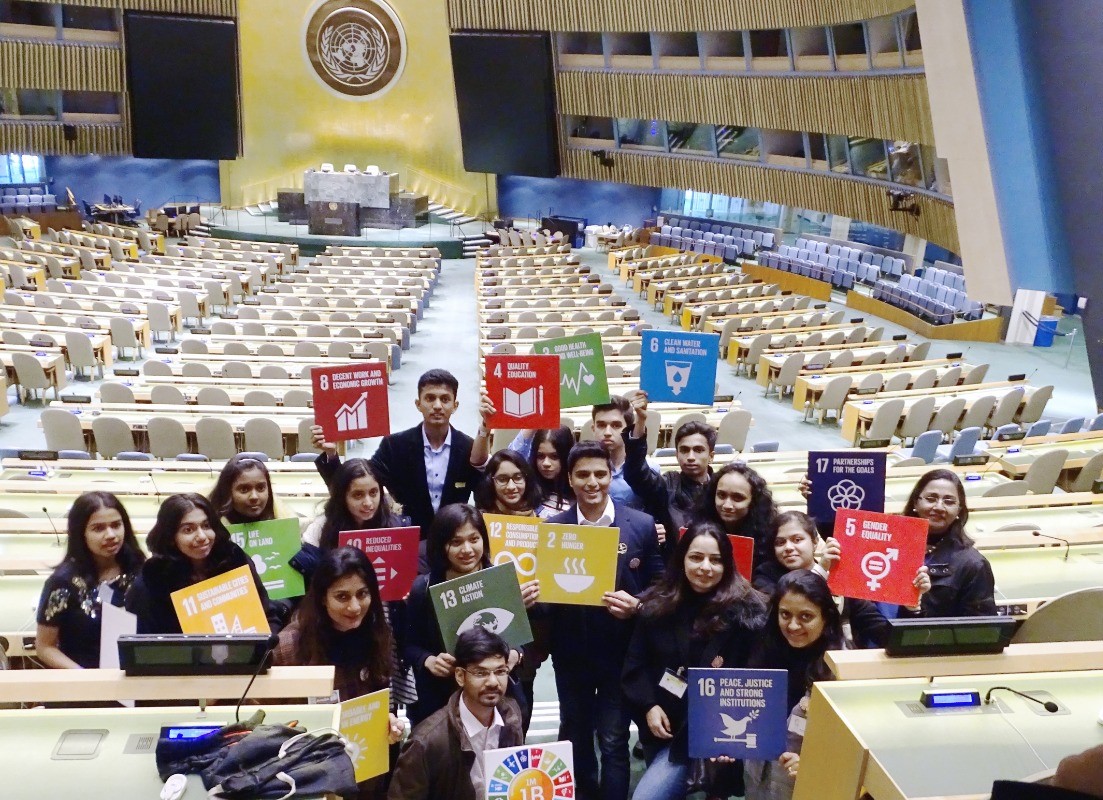 New Delhi : Two young students of the Future Leaders program by UN-accredited not-for-profit organization 1M1B (One Million for One Billion) Foundation have been conferred with Diana Award 2022 for going above and beyond in their daily life to create and sustain positive change. Avni Singh from Gurugram and Ayush Gharat from Bengaluru have been awarded for their humanitarian projects in the respective fields of Education for underprivileged children and Healthcare as well as mental health.

The Diana awards have been established in the memory of Diana, Princess of Wales, the award is given by the charity of the same name and has the support of both her sons, The Duke of Cambridge, and The Duke of Sussex. The Diana Award develops and inspires positive change in the lives of young people and considered one of the highest accolades a young person can receive for social action or humanitarian efforts. 9 Future Leaders of 1M1B have won Diana Awards till now.

Avni Singh,17 helps underprivileged kids have mainstream learning through her project Neev and Ayush Gharat, 18 from Bengaluru through his project Aashwas have been providing aid to frontline health workers by conducting fun sessions for them, raising funds to provide 2500 PPE kits.

Launched in 2017, The Future Leaders Program by 1M1B is designed to help students develop their leadership by supporting them to find their passion and purpose through a framework to convert them into an actionable project aligned with UN SDGs while developing Industrial Revolution 4.0 through real-world projects that create real on-ground impact.  The aim of the Future Leaders program is to find and nurture the world’s most promising youth leaders into human-centered leaders by taking action toward the UN Sustainable Development Goals (SDGs).

Manav Subodh, Managing Director of 1M1B said, “We feel honoured that our Future Leaders and their projects have been recognized and awarded at the global platform of Diana awards. 1M1B aims to shape a future that works for all of us by putting people first and empowering them. We create leaders who prioritize human morals, ethics, and values over anything else. The 1M1B Future Leaders program, focussed on developing human-centered leadership skills amongst today’s youths, is a step in this direction.”

The top students from the 1M1B Future Leaders program are selected to participate in a 3-day trip to New York where they are given the opportunity to showcase their impact as youth advocates at the 1M1B Youth Summit at United Nations Headquarters in New York City and have the opportunity of talking about their work to diplomats, media, foundations, and influencers from across the world. Over 120 1M1B youth from India have presented their work at the United Nations, New York.