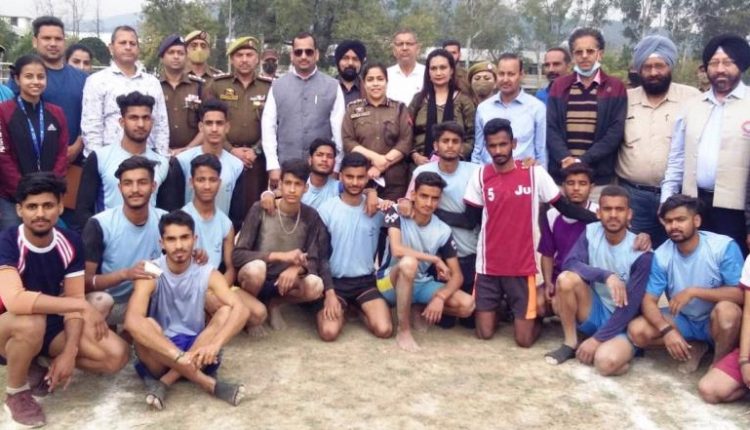 Earlier, President District Kho-Kho Association Advocate Sanjeet Bavouria welcomed the chief guest and presented the report on the tournament and expressed his gratitude to College Administration and all others who contributed directly or indirectly to make this tournament successful.

Speaking on the occasion, the chief guest complimented the organizers for the successful conduct of the tournament. She said that such tournaments give a platform to the budding players of the District and encourage the sports culture for a healthy society.

Later, the chief guest distributed prizes and certificates among the winners as well as participants on the occasion.