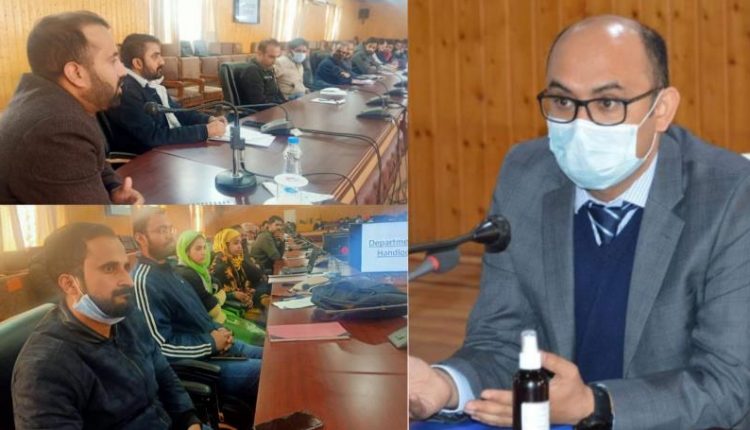 The programme was organised with regard to the Self Employment Schemes being provided by the Central Government & Union Territory of Jammu & Kashmir.

The aim of the training was to make aware the Block resource persons nominated in each block by concerned BDOs.

The program started off with the message of Deputy Commissioner (DC) Baramulla, wherein, the DC Baramulla stressed that the organization of such kind of programs are the need of the hour to address the issue of unemployment in the UT of J&K.

In order to ensure the benefits to be availed at grassroots level, the nominated block resource persons were asked to play an active part, as they act as a touch points of any program that the Government launches for the welfare of the people.

Besides, the resource persons of all the line departments which sponsor self-employment programs such as DIC, Labour, Employment, Agriculture, Horticulture, Handloom, Handicraft etc were part to this program & have provided the required information about their respective schemes to the block resource persons.

On the occasion, District Information Officer, Baramulla, Mudasir Hussain on behalf of district administration also briefed the participants and urged them to use new technology modes to reach the masses at grass roots level.

During the program ACD, Baramulla Yaar Ali Khan instructed the block resource persons to ascertain population of each panchyats who are specialized in various crafts so that the focus of the administration will be to promote already existing crafts among the people and also instructed to build up close coordination with all BDOs of the District for effective implementation of the schemes at the grass roots level.