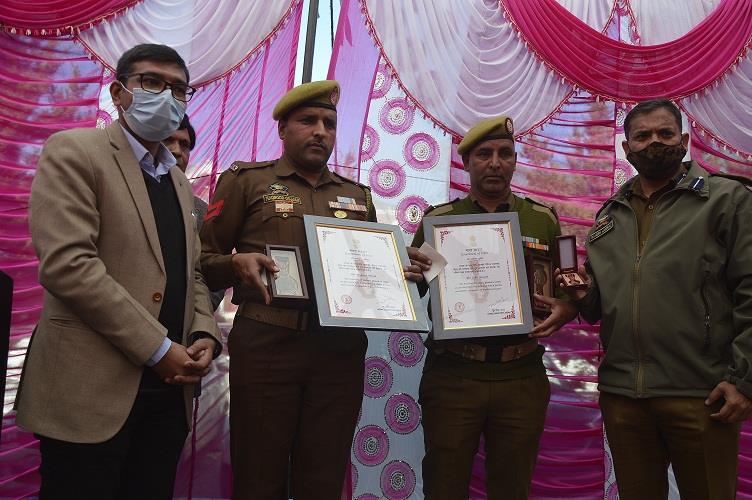 Poonch: Two personnel of Poonch police have been conferred with Jeevan Raksha Padak award by the Ministry of Home Affairs.

On March 17, 2018 five persons of a family were killed and half a dozen villagers of Balakote were badly injured by the firing from across the border. Sgct Maqsood Ahmed of district police poonch and follower Zakir Hussain JKAP 6th Bn Mendher endangered their life and evacuated all the injured people amid firing and shelling. The injured were shifted to PHC Mendhar where the timely medical assistance saved their life.

District Administration Poonch had recommended the names of the brave policemen for the award.

The police personnel were given the award by Deputy Commissioner, Rahul Yadav and senior superintendent of police Ramesh Angral at an impressive function. The award carries a medal, certificate and cash reward of one lakh.

The function was attended by senior officers of the district and appreciated the role of police personnel for their bravery and galant act.