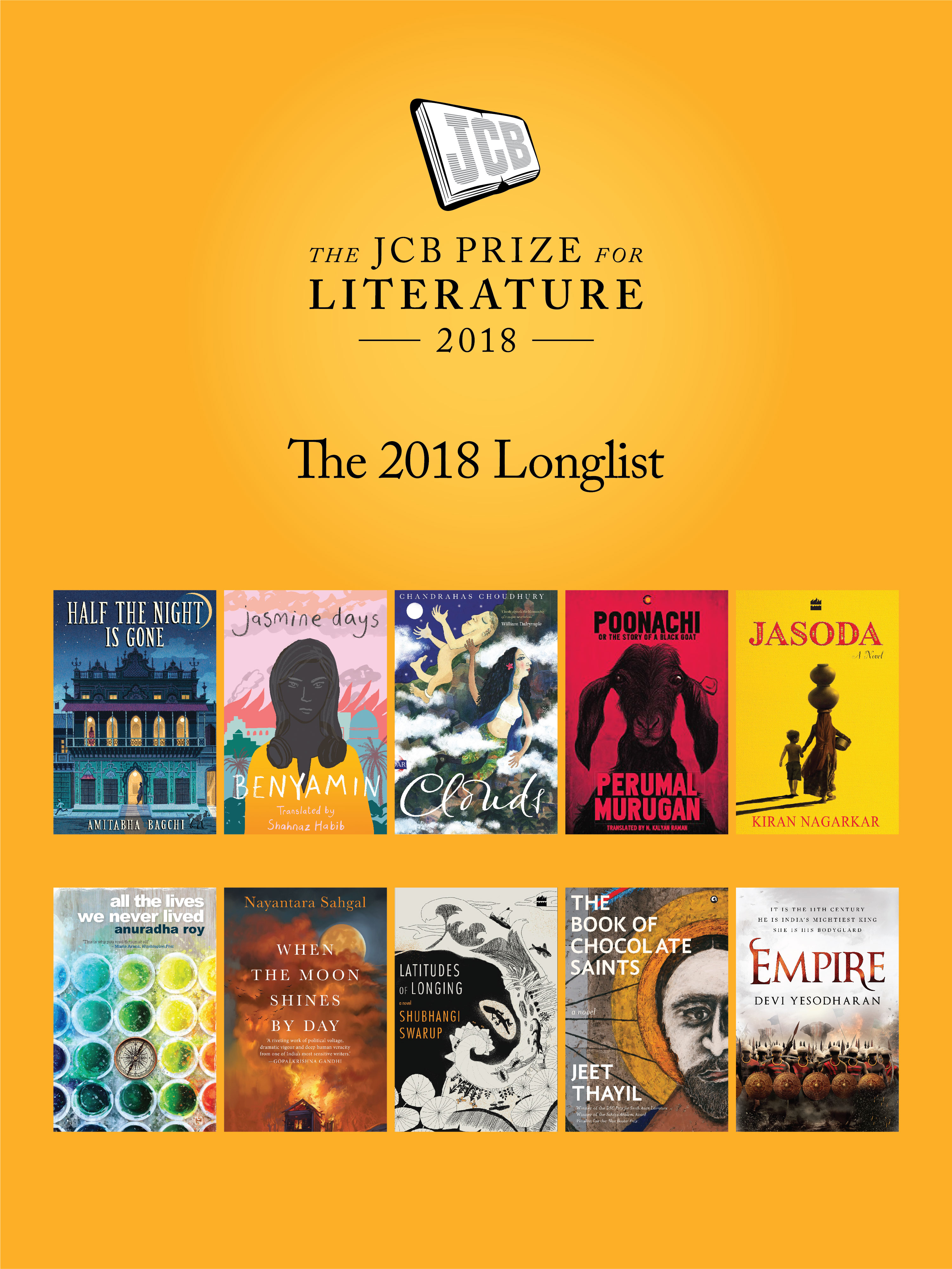 Mumbai: The inaugural JCB Prize for Literature today announced the ten most distinguished novels of the year, as selected by the jury. The award, launched earlier this year, was open to entries till May 31, 2018. After months of reading and evaluation, the jury presented a longlist which displays the great diversity of contemporary literature by Indian writers.
Of these ten books, the jury will go on to select a shortlist of five, which will be announced on October 3. The final award – India’s richest, at Rs 25 lakhs – will be presented to the writer of the winning novel on October 27. The five shortlisted writers each receive Rs 1 lakh. If the winning work is a translation, the translator receives an additional Rs 5 lakh.
The first edition of the Prize received an overwhelming response to the call for submissions. Entries came from writers in nineteen states; 22% of these were translations into English from seven other Indian languages: Assamese, Hindi, Kannada, Malayalam, Oriya, Tamil and Telegu. 35% of entries were written by women authors. Each entry was read by the judging panel consisting of: award-winning film director Deepa Mehta (Chair), entrepreneur and scholar Rohan Murthy, Yale University astrophysicist and writer Priyamvada Natarajan, novelist Vivek Shanbhag, and author and translator Arshia Sattar.
The 2018 JCB Prize for Literature longlist:
Book Title Author Name
Half the Night is Gone (Juggernaut Books) Amitabha Bagchi
Clouds (Simon & Schuster India) Chandrahas Choudhury
Jasmine Days (Juggernaut Books) Benny Daniel/ Benyamin
Poonachi (Westland Publications) Perumal Murugan
Jasoda (HarperCollins Publishers India) Kiran Nagarkar
All the Lives We Never Lived (Hachette Book Publishing) Anuradha Roy
When the Moon Shines by Day (Speaking Tiger Publishing) Nayantara Sahgal
Latitudes of Longing (HarperCollins Publishers India) Shubhangi Swarup
The Book of Chocolate Saints (Aleph Book Company) Jeet Thayil
Empire (Juggernaut Books) Devi Yesodharan

Two of these novels are translations: Poonachi or The Story of a Black Goat was written in Tamil and translated by N. Kalyan Raman, who has made much contemporary Tamil poetry and fiction accessible in English. Jasmine Days was originally written in by Malayalam by Benyamin, also known as Benny Daniel, and translated by Shahnaz Habib, a poet and writer based in the United States.
The longlist also features two debut women writers: Shubhangi Swarup (Latitudes of Longing) and Devi Yesodharan (Empire).
The jury observed:
“We all read every single entry to the Prize – more than fifteen thousand pages in all – which gave us a fascinating sense of the enormous diversity of Indian writing today. We read books by writers from nineteen states, who wrote in eight languages about every conceivable subject. We noted the strong attention to Indian history and mythology, an increasing focus on themes of land, water and ecology, and some interesting experiments in genres such as science fiction. We look forward to seeing these trends evolve in literary fiction in the coming years.
“The ten books we chose for the shortlist stood out because of their powerful storytelling and their unique view of the world. They are imaginative, deeply observed books, sometimes magical, often humorous. We felt they displayed a deep sympathy with human beings and society, and that they would continue to be read long into the future.
“Writers are often the first to describe the impact of external forces – politics, technology, etc – on inner lives. The long-listed books capture this perfectly. They describe how it feels to live in our complex and turbulent world, and they offer compelling stories and metaphors to help us understand and navigate it better.”
Commenting on the longlist for 2018, Rana Dasgupta, Literary Director, said:
“The Prize exists to celebrate distinguished fiction by Indian writers. This longlist is a true celebration – of the diversity and scope of contemporary Indian literature. I’m particularly happy that there are two very powerful translations on this list, and two debut authors too. I hope the Prize will help readers in India and around the world discover just how vibrant and ambitious are the novels being written here today.”