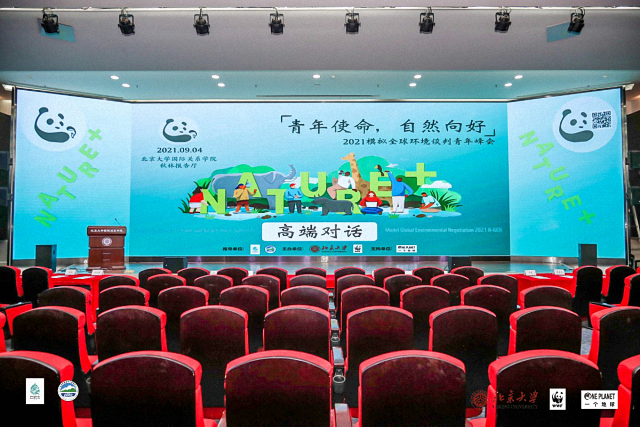 Peking : As China prepares for the Fifteenth meeting of the Conference of the Parties to the Convention on Biological Diversity (COP15), the School of International Studies at Peking University (SIS) and World Wide Fund for Nature (WWF) Beijing Office jointly held the 2021 Model Global Environmental Negotiation Youth Summit on September 4, The summit aims to increase students’ understanding of biodiversity conservation, encourage global youth to participate in related activities, and let out the voice of the youth for the upcoming COP15.

In his welcoming speech, Tang Shiqi, dean of SIS, pointed out humans were facing increasing threats posed by climate change and decreased biodiversity. It’s a fact that human survival and development are closely tied to the natural world. Tang emphasized the important role the youth played in the future of the country and the world. He also encouraged them to pay attention to environmental issues, exchange thoughts and ideas, and contribute to the young global environmental movement.

Marco Lambertini, director general of WWF International, joined the event virtually to give his speech and he pointed out the importance of the relationship between humans and the natural world. Almost half of global economic activity is moderately or highly reliant on the natural world, showing the close connection between the economy and the environment.

In the first session of the roundtable dialogues, guests focused on “How do we tell China’s story of biodiversity conservation?” The four guests shared their opinions and experiences in the field of ecological governance. Each discussed their achievements and ongoing challenges they have seen, from managing Arctic biodiversity, coordinating governance in various ecological areas, to the effort Peking University has made in natural species preservation.