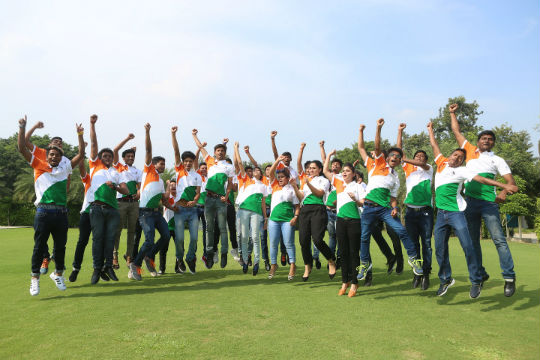 Team India gears up to participate at the biggest exhibition for skills called WorldSkills Competition, which will be organized in Abu Dhabi from 14th to 19th October 2017. 1200 competitors from 70+ countries will compete across 50 skills at this biennial competition.

NSDC had identified all the competitors through a series of competitions organized at regional and national levels over the past two years. Post which all the candidates have undergone extensive training with Industry partners, which has helped them improve their skills before the competition. Large number of candidates have also travelled overseas to get trained under the guidance of some of the best trainers and experts available internationally.

Leading sports personalities such as Sachin Tendulkar, the brand ambassador of the Skill India mission; Deepa Malik, who won two medals at the last Paralympics in Rio 2016; Devendra Jhajharia, the first India Paralympian to win two gold medals at Paralympics; RehanPoncha, Arjuna Awardee and 5 times national champion in swimming came together to motivate the contestants. While Sachin and Deepa sent in motivational video messages, Devendra and Rehan met the contestants in person to share their experiences and gave valuable input on coping with the pressure, especially while representing India at the highest level.

Sharing his thoughts on WorldSkills Abu Dhabi 2017, Mr Manish Kumar, MD & CEO, NSDC said, “Most of our competitors come from a very humble background and have worked very hard to earn themselves a place in this contingent. They will now represent India at the biggest skills competitions in the world, which will help them benchmark their skills against their peers in other countries.”

“We are confident that all our competitors will become great ambassadors for skills in India and will motivate many in the society to acquire a skill and contribute to the society”, he further added.