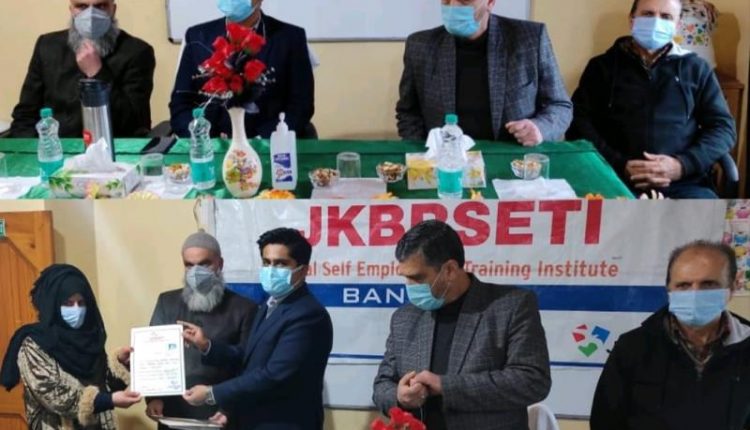 Bandipora: A batch of 29 candidates were imparted a comprehensive training on Mehndi Design and Beauty Parlour in Bandipora by J&K Bank’s Rural Self Employment Training Institutes (RSETI).

Dr Owais while addressing the function highlighted the importance of such courses and urged upon the youth to come forward to get trained under various job oriented trades to become self-reliable which is instrumental to curb unemployment.

He stressed on skill development and said that skill development can help in eradicating unemployment. He said the district administration is making efforts to train the youths in market oriented skills that are in demand so that they can easily earn their livelihood.

He said the makeup artists is also one such skill that has a huge demand in contemporary times and the skilled youth will easily earn in the market.

Earlier at the outset Director, RSETI briefed about the activities of RSETI. Later certificates were distributed among the candidates.