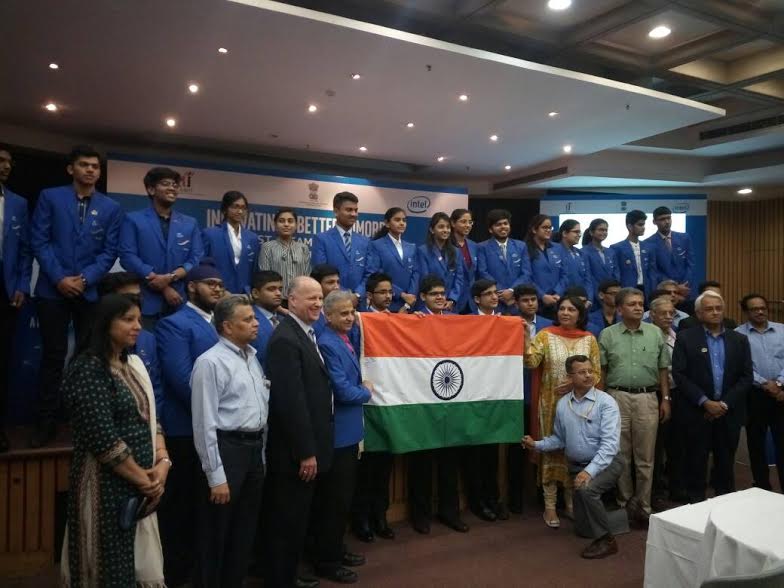 New Delhi: Intel India, in association with the Department of Science and Technology (DST) and the Indo US Science and Technology Forum (IUSSTF), will support 20 innovative projects, to represent India at the Intel® International Science and Engineering Fair (ISEF) 2017 in Los Angeles, California. These Grand Award winners were shortlisted from the Initiative for Research and Innovation in Science (IRIS) National Fair 2016, and will travel for and compete at the ISEF between the 14th and 19th of May, 2017.

Shri. Y. S. Chowdary, Hon’ble Minister of State, Science & Technology and Earth Sciences, Government of India, said, “India is known for its focus on innovation across industries, throughout the world. Through the power of innovation, the government aims to bring the benefits of technology to as many citizens as possible. Successful collaborations between the government and the private sector through initiatives like these aptly support this vision. It is endearing to see young minds coming together to address local challenges through the power of technology. I congratulate all the winners and wish then all the best.”

Commenting on the occasion, Dr Anjan Ghosh, Regional Director, Corporate Affairs Group, Intel Greater Asia Region, said, “Intel believes that innovation is fundamental for the Country in its efforts towards realizing its vision of becoming a successful digital economy. Our vision is that the next generation of technology innovators is more diverse in ethnicity, gender and geography and we collaborate with partners to inspire youth to harness the full power of technology to create the best future possible for everyone. I congratulate the winning teams and the young students, and wish them all the best in all their future endeavours.”

This group of young innovators will represent India to compete against approximately 1,750 finalists from over 70 countries for approximately US $4 million in awards and scholarships. Till 2016, a total of 91 Indian students have won 121 awards and accolades at Intel® ISEF competing against more than 6 million high school students from across the world. From 1999-2016, 19 students from India have had the unique honour of having minor planets named after them.