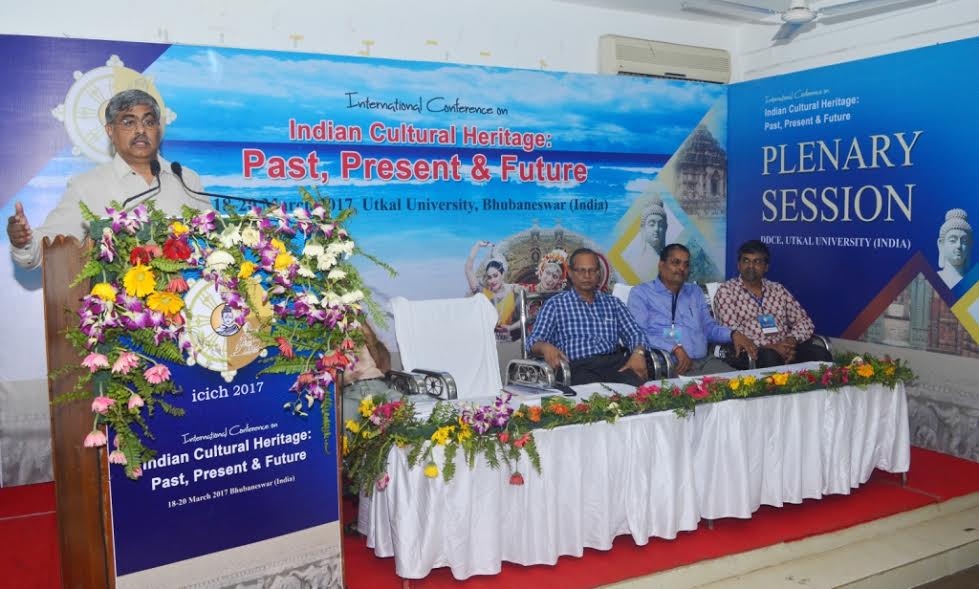 Bhubaneswar: “Historians must initiate a large scale research on the cultural heritage preserved by the indigenous and language groups in India for millenniums together alongside the evolution of the so called mainstream cultural heritage. Faithful and fundamental research is important in addition to the scholarly studies based on secondary information” said R. Balakrishnan, Additional Chief Secretary-cum- Development Commissioner-, Govt. of Odisha.

The 3-day conference hosted over a hundred of academia, scholars, researchers, historians, policy makers, performing artists, tourism & media professionals, critics, writers and students from four SAARC countries including India, Nepal, Bhutan and Sri Lanka along with Thailand. A total of 83 scholastic papers were presented during two Plenary Sessions and seven Technical Sessions organised at the Directorate of Distance and Continuing Education (DDCE) campus of the University.

“Indian Culture has always generated global interest from ancient period. For centuries, Indian culture has moved out of the mainland and has created new hues across the globe. We need to be rooted in our culture, rediscovering and reassessing our cultural heritage with its language, literature, religious faith and festivals” mentioned Prof. Upendra Padhi, Convenor, ICICH in his concluding remarks.

Participants, scholars and delegates were focussed on the predominant influence of Indian Culture on South Asian and South East Asian countries with sub themes like History and the Continuum; Indian Culture and the Diaspora; Philosophy, Religion and Culture; Indian Culture, Science and Globalization; Language, Literature and Culture; Performing Arts, Media and Culture; Tourism and culture.