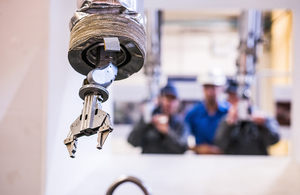 First contract in the new LongOps international programme for robotics in nuclear decommissioning and fusion.

LongOps will support the delivery of faster and safer decommissioning at the Tokyo Electric Power Company’s (“TEPCO”) Fukushima Dai-ichi site in Japan and at Sellafield in the UK.

Veolia Nuclear Solutions (UK) and Wälischmiller Engineering GmbH will each provide a twin-arm haptic manipulator – a form of kinaesthetic communications technology, complete with electrical and control systems, to deliver key aspects of the LongOps project. The manipulators will also be used by UKAEA to train operators that are based at both Sellafield and Fukushima.

In addition, developments from LongOps will be applied to the upgrading, maintenance and dismantling of fusion devices, such as the Joint European Torus (“JET”).

UKEF doubles support for sustainable projects to £2.4 billion in 2020