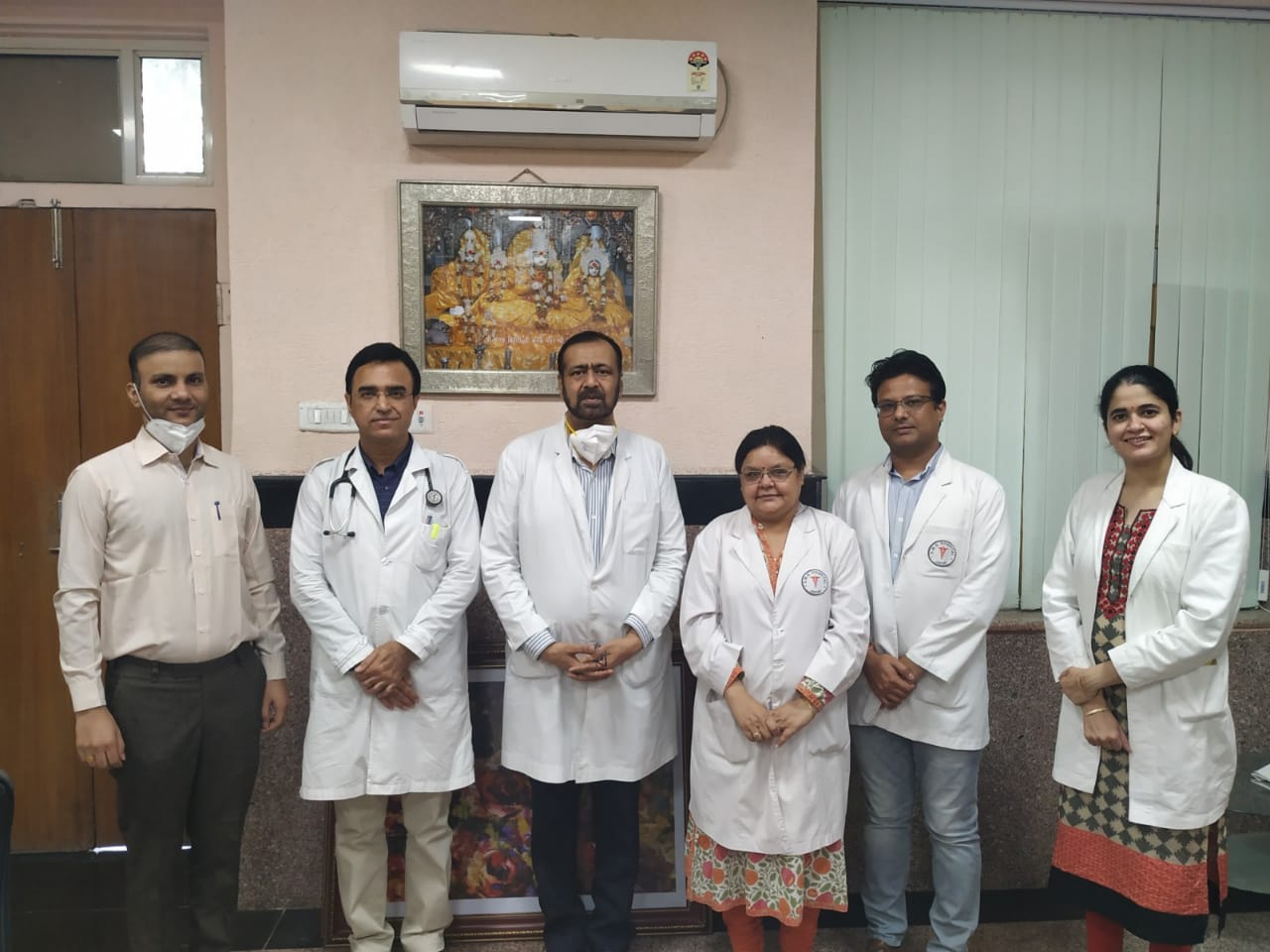 Jaipur: Began with few hotspots in the country, Rajasthan has come a long way in showing positive results in recovering, containing & treating corona. Under the leadership of the active Chief Minister Shri Ashok Gehlot, the state machinery implemented many models focusing on the density & demographics of the region/area. The steps taken by medical officials decoded the campaign #RajasthanSatarkHai, launched by the Chief Minister in the starting phase of outburst.

Joining the fleet, Rajasthan’s premier medical institution the Sawai Man Singh (SMS) Hospital has been on top when it comes to excellence of health officials and the results follow up. Led by Health Minister Raghu Sharma and managed by Dr. Sudhir Bhandari, Principal & Controller SMS Medical College, the health management in the state is now boasting with confidence after successfully treating 3 patients by Plasma Therapy at the hospital.

“It is the news that makes us all positive and pushes the team to work towards the betterment of medical services. We are optimistic as our recovery rate is also likely to touch 79% in few days, which is highest in the country. Currently, we stand at almost 78.93% with 12,935 of 16,386 patients recovered,” said Raghu Sharma, Health Minister, Government of Rajasthan.

After working day & night on a war-footing level in a bid to save lives, three successful Convalescent Plasma Therapies have been conducted and all the three patients have shown clinical improvement. Dr Bhandari said, “So far, we have conducted 3 successful COVID Plasma therapies and all the 3 patients are showing improvement in their clinical state, oxygen saturation and d-dimer levels. We have included these patients with progressive disease as shown by clinical findings and HRCT chest scoring system. All this is being done as per protocol of ICMR and with the permission of DCGI. The dose required is 200 ml of plasma on two consecutive days.”

The hospital was in the news after they recovered an Italian tourist followed by many others in the beginning phase of corona pandemic. The doctors used mix medicines that proved to be successful in recovering the patients.

Dr Bhandari said, “In an endeavor to manage COVID 19 patient, standard treatment protocols are being followed in addition to standard medical supportive treatment. We used Hydro-chloroquine and antiviral Lopinavir 400 mg and Ritonavir 100 mg for the first time in COVID positive patient which ignited the thought process and many research trials for the treatment of cases were conducted.” With time, the team comprising Dr. Sudhir Bhandari, Dr. Raman Sharma, Dr. Sunita Bundas and Dr. Ajeet Singh Shaktawat began the process to divert their plan of action towards Convalescent Plasma Therapy. These team members were also the ICMR Clinical Trial investigators.

Speaking over the same, Dr. Sudhir Bhandari said that it was started at SMS hospital as per ICMR protocol and only for patients who qualify for the treatment. The donors of plasma are the patients who have recovered after 21 to 28 days of their illness. Repeated RT PCR testing was done on them and when found negative, they were found to be suitable donors. Antibody detection rapid test was also done that showed a positive titer, meaning that protective antibodies have formed in the recovered patients, following which their plasma was obtained for donation which was then infused into blood group matched recipients, who are suffering from active corona infection. The Plasma is obtained through an online separation technique in which RBCs are transfused back to the donor, he informed. He further added that Convalescent Plasma or immune globulins have been used as an adjunct therapy to improve the survival rate of patients with SARS or COVID19 whose condition continue to deteriorate despite treatment with so far known modalities.

What is Convalescent Plasma Therapy?

It aims at transfusing plasma (component of blood), containing antibodies donated by the recovered COVID-19 patient to the serious coronavirus patient harboring active infection. Moreover, several studies showed a shorter hospital stay and lower mortality in patients who were treated with Convalescent Plasma than those who were not treated with convalescent plasma.

India Education Diary Bureau Admin Oct 22, 2021
A graduate of IÉSEG School of Management, with a doctorate in Economics and International Finance,…