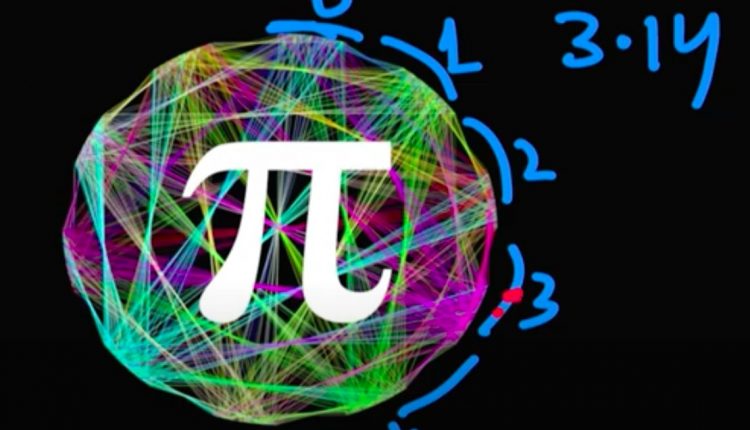 Gandhinagar: ‘30-30 STEM’, a groundbreaking online education programme lending a fresh perspective to Science & Maths teaching/learning, is receiving an overwhelming response from students, teachers, parents, and people of all age groups from across the country. The weekly live educational programme, started by the Centre for Creative Learning (CCL) at the Indian Institute of Technology Gandhinagar (IITGN), in collaboration with the Central Board of Secondary Education (CBSE) and Indian Institute of Science Education and Research, Pune (IISER Pune), now has around 3.8 million views. *A live survey conducted during the programme revealed that on an average, one episode is watched by a family of four (sometimes by the whole class), thus, taking the total number of views to one crore in less than eight months.

With four lakh registrations by participants from all over the country, the programme has received viewership from each Indian state and UTs. It is being dubbed in Tamil, Kannada, Bengali, and English by volunteers from the country. Another highlight is its average watch time of 17 minutes, which is extremely good for any educational programme. Many teachers have started using the activities shown in the ‘30-30 STEM’ in their classes, and others are waiting for schools to open to take it to the children.

Currently, ‘30-30 STEM’ is running its second season with another set of exciting topics that uncover the beauty and mystery of Maths/Science from everyday life. So far, participants were thrilled to know new dimensions of Science/Maths involved in unexpected subjects or objects like cricket, bugs, Pi, food, clothing, or even a candle.

In two different episodes on Pi (π), the CCL team explained how Pi could be found in the least expected shapes, i.e. straight lines/boxes, and how it disappears from its obvious presence from circles or cylinders. Thus, the common belief that Pi is present only in a circle is a myth. Pi disappears from the path of a point on a circle when the circle starts to move. The team went on to show that Pi is there on a weighing machine, in leaves on a floor, in a camera, in polygons, and in colliding cubes. The episode on Pi day also integrated Math and art based on Pi beautifully by creating a string art using Pi’s values. The team also discussed the evolution of Pi, tracing its references back to 4000 BC to explain how mathematicians and people from all across the world have contributed to find its value. Indian mathematicians, including Aryabhatta, Brahmagupta, Madhav, and Ramanujan also gave the values of Pi.

Prof Manish Jain, who coordinates the Centre for Creative Learning at IITGN, says, “Children are introduced to the concept of Pi with only circles; and hence, their knowledge is limited to its value of 22/7 or 3.14 and its usage in formulas. However, at CCL, we have tried to look at Pi not only in Math books or in formulas but also all around us. It is also important to tell how Pi has evolved over the centuries that world records are being made for finding its values. The infinite series that is being used at present to calculate the digits of Pi was given by an Indian Mathematician named Ramanujan. When concepts and stories like these are told to our students, only then we can expect many more Ramanujans to come out of the next generations.” The team was inspired to do these episodes because they saw that most of the Pi Day celebrations talked about regular circumference to diameter, whereas it is such a mysterious and magical number.

Another set of interesting episodes on mysteries of cricket and STEM in sports explained how Science and Maths are involved in batting, bowling and fielding. The team discussed topics like the collision of a bat and ball, hitting sixes, throwing swing balls, and doing trigonometry in your head in an instant as you run to catch a ball. The participants were also taught to make a simple model of a ball that they can swing themselves.

The episode titled ‘The Story of Bugs’, took participants by surprise when they were explained the topics of pollination/fertilisation, vector Maths, eggshells, honeydew, farming, nectarless flowers, food chain, Lotka-Volterra model, Briggs–Rauscher oscillating reaction, ratio, biomimicry, and extinction through bugs, and how they play a very important role in our survival.

One of the episodes in season 2 of ‘30-30 STEM’ focused on the ‘Magic, Mystery, and Chemistry of Candle’. The session was inspired from the Christmas Lecture of Michael Faraday given in 1848, known as “The Chemical History of a Candle”. The episode discussed several concepts with candles, starting from gravitational force to the chemical reactions between atom-molecule, the relationship of height and radius in capillary action, estimation of volume, weight of the air and molecules, oxidation, electromagnetism, vapour and gas, and so on. The participants were fascinated to know what really burns in the candle, how the fuel reaches the top of the wick, the shape, colour, and shadow of the flame, products of the chemical reaction, and a revelation that six trillion candles are burning inside us!

CCL’s approach towards teaching is experiential and hands-on. In every episode of ‘30-30 STEM’, the team comes up with unique ideas, models and toys to explain the concept. The programme aims to provide an online platform to teachers as well as students and their parents to make STEM (Science, Technology, Engineering, and Math) learning more engaging by breaking subject boundaries to create a sense of wonder and promote critical thinking of Mathematics and Science.

One of the participants, Valmiki Mourya, said, “It was an interesting session on candles. Amazing to know that a burning candle has this much science. Thank you very much for all the interesting, valuable, and inspiring sessions.”

Another participant Preeti G shared her feedback for Prof Mainsh Jain (Main Facilitator of ’30-30 STEM’) and wrote, “Hats off to you sir for bringing people close to Mathematics. I get to learn new concepts every time.”