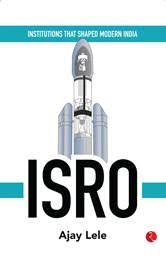 35 Space startups and industries are in consultation with ISRO for development of satellites, launch vehicles, develop applications, provide space based services: DrJitendra Singh

New Delhi: Union Minister of State (Independent Charge) Development of North Eastern Region (DoNER), MoS PMO, Personnel, Public Grievances, Pensions, Atomic Energy and Space, Dr. Jitendra Singh said that Government of India announced reforms for opening up the space sector to private entities by creation of the Indian National Space Promotion and Authorization Center (IN-SPACe) under the Department of Space. In a written reply to a question in the Lok Sabha today, he said, IN-SPACe will promote, handhold, regulate and authorize space activity by private sector which will result in enhanced private participation. This will also spur technological development and innovation within the country leading to self-reliance in the field of space technology, a step towards “Atmanirbhar Bharat”.

Dr. Jitendra Singh informed that four student satellites were made ready with the support of ISRO. These satellites were successfully flown onboard PSLV-C51 on 28 February 2021. 35 space startups and industries are in consultation with ISRO for support related to various domains of space activity such as development of satellites, launch vehicles, develop applications, provide space based services etc.

The details of the achievements of the Department during the last three years is as follows: