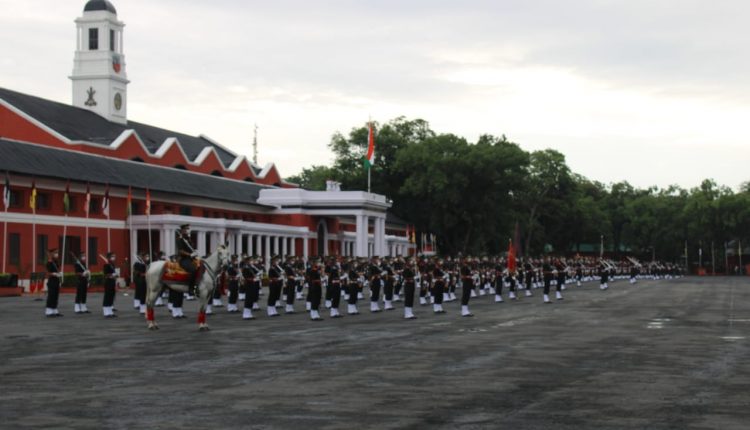 New Delhi: 425 Gentlemen Cadets of 148 Regular Course and 131 Technical Graduate Course, including 84 Gentlemen Cadets from nine friendly foreign countries passed out from the Indian Military Academy in Dehradun, observing strict protocols of COVID-19. The Gentlemen Cadets displayed inspiring enthusiasm and zeal, and put up an excellent parade which was reviewed by Lt Gen RP Singh, General Officer Commanding in Chief of Western Command.

The Western Army Commander complimented the Instructors and Gentlemen Cadets for the excellent parade, immaculate turnout as well as the crisp, synergised drill movements indicating high standards of training and discipline imbibed by the young leaders. The Army Commander complimented and thanked the parents of the passing out course who had motivated their wards for having chosen such a noble profession to serve the Nation.

The entire ceremony was conducted with due COVID precautions, including wearing of masks, gloves and drill formations adapted to maintain requisite distance between files and columns while executing the drill movements over the Drill Square against the impressive backdrop of Chetwode building.

The ‘Pipping Ceremony’, which is traditionally done by the parents of the Gentlemen Cadets, was this time carried out by the staff and instructors while observing strict social distancing and personal protection protocols.

While being conducted in a scaled down format on account of prevailing COVID conditions, the Passing Out Parade retained its ceremonial grandeur. The Parade was earlier preceded by a solemn wreath laying ceremony at the Academy War Memorial in which the Academy remembered its 889 Bravehearts who made the supreme sacrifice in service of the Nation through the years. All trainees committed themselves to follow the same path of bravery and selfless courage.

As member of global university alliance, U of T supports call for G7 leaders to prioritize future generations