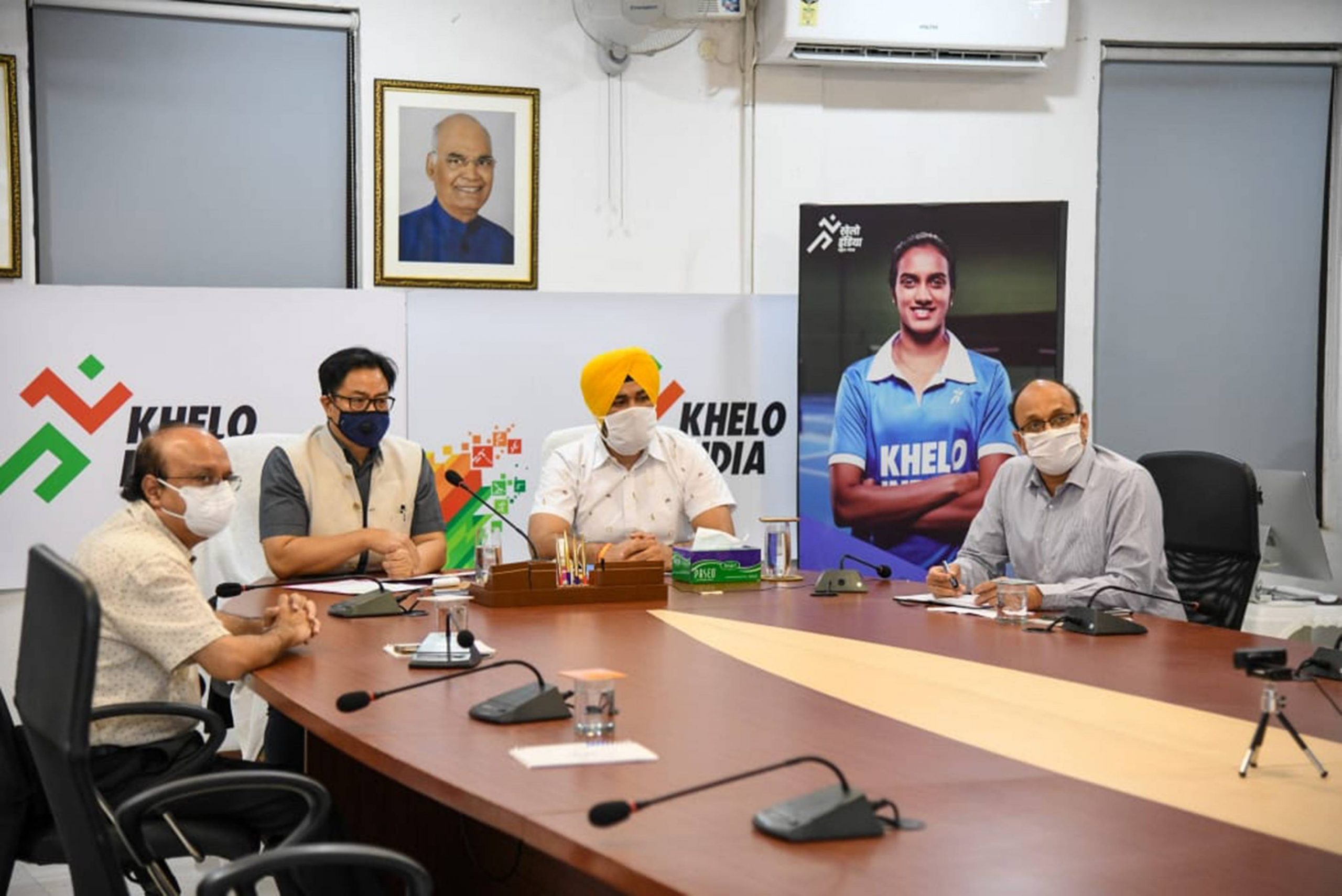 New Delhi: Union Minister of Youth Affairs and Sports Shri Kiren Rijiju and Haryana Chief Minister Shri Manohar Lal Khattar announced Haryana as the host state for the fourth edition of Khelo India Youth Games today, which is currently scheduled to take place after Tokyo Olympics. The Games will be held in Panchkula in Haryana. The announcement was made via video conferencing on Saturday, July 25th in the presence of Sports Minister of Haryana Shri Sandeep Singh, Secretary Sports Shri Ravi Mital and Director General of Sports Authority of India Shri Sandip Pradhan.

Speaking about Haryana hosting the next edition of KIYG Sports Minister Rijiju said, “I am very happy to announce Haryana as the host state for the fourth edition of the Khelo India Youth Games. Khelo India Games, envisioned by our Prime Minister, has been instrumental in identifying grassroot level talent from across the country, who have represented India in international sporting events. It is the Mahakumbh of sport. Haryana already has a very strong sporting culture and has given the country some of its best athletes. I am sure that with the Games being hosted in the state, more and more aspiring athletes from Haryana will be motivated to take up competitive sport. Usually the Khelo India Youth Games take place in January of every year. However, this time owing to the pandemic, we are having to postpone it. However, I am sure by the time we host the Games the pandemic will abate and we will be able to host the Games at the same scale, with participation of all states and over 10,000 participants.”

Like in the previous editions, this time too, Star Sports will be the Official Broadcast Partner of the Khelo India Youth Games. Speaking about the partnership the Sports Minister said, “Star Sports has catapulted the Khelo India Youth Games into an annual event in the country’s sporting calendar. When a young athlete sees himself or herself on a national television channel, it not just motivates the athlete, but also other youngsters watching the broadcast to take on sport as a serious career. I am very happy that the partnership is being continued.”