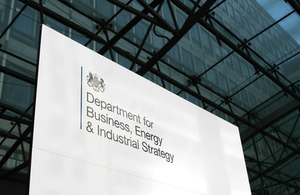 Leading UK scientists will take to the skies on the largest flying laboratory in Europe to carry out crucial research into some of the world’s most pressing environmental challenges such as climate change and severe weather events, thanks to £61 million government investment.

Announced today (Friday 20 November), the investment will enable the UK’s most ambitious scientists and researchers to continue progressing environmental research missions at altitudes of up to 10 kilometres for the next 10 years on board the Facility for Airborne Atmospheric Measurements (FAAM) Airborne Laboratory, based in the UK. This includes collecting data on emission and pollution levels from remote locations around the world, such as above the North Sea and volcanoes in Iceland.

FAAM operates a specially adapted research aircraft based at Cranfield University and Airport, Bedfordshire, to make cutting-edge measurements in the atmosphere, almost anywhere in the world for about 400 hours a year. The aircraft is managed by a unique team of scientists, engineers, flight technicians and project managers providing a complete package of support for the scientific community.

Projects that the BAE-146 large research aircraft has previously conducted include searching for new sources of air pollutants during the Cape Verde dust season, measuring cloud atmospheres to improve weather forecasts, tracking the source of methane emissions in Africa and the Arctic to help combat global temperature rises.

The atmospheric data captured during future air missions will directly assist the government, businesses, universities and researchers on the ground by informing future policy, transforming industries with high carbon emissions like shipping, and assessing the impact of new environment regulations – helping the UK meet its net zero emissions.

The news of this investment comes following the Prime Minister setting out his ten-point plan for a green industrial revolution.

Never has it been more exciting to be a scientist and nor have the challenges been greater.

Facilities like the FAAM Airborne Laboratory help ensure the UK remains at the forefront of tackling the most enduring threat to our planet while also supporting our innovative and brilliant scientific community. This funding is just another way we are supporting businesses and researchers to build back greener and drive the UK’s Green Industrial Revolution.

The government’s £61 million funding will secure the aircraft’s operations for the next 10 years and will be provided through the Natural Environment Research Council (NERC), the UK government’s main agency for funding and managing research in the environmental sciences.

We operate the largest flying laboratory in Europe and, through our experience and expertise, offer a complete package of support for in-situ atmospheric measurements.

It is capable of operating nearly everywhere in the world and supports global research initiatives, helping scientists and society to tackle the environmental challenges ahead, including climate change, air pollution and severe weather.

Research previously conducted by scientists on the flying lab has underpinned recommendations for the government’s Clean Air Strategy including explaining the effects of vehicle emissions and the source of toxic gases in people’s homes. This resulted in reductions in pollution in urban areas like cities, informing legal proceedings on diesel engines, improving pollution forecasts and encouraging investment in air pollution research.

The FAAM aircraft makes an important contribution to UK environmental science by providing researchers with a unique facility with which to monitor and analyse the atmosphere.

This investment of £61 million will enable this state-of-the-art airborne laboratory to operate for a further ten years providing a long-term commitment to advancing our understanding of the atmosphere and its impacts on us all.

FAAM’s research aircraft is owned by UK Research and Innovation and managed through the National Centre for Atmospheric Science. The aircraft is headquartered at Cranfield University.