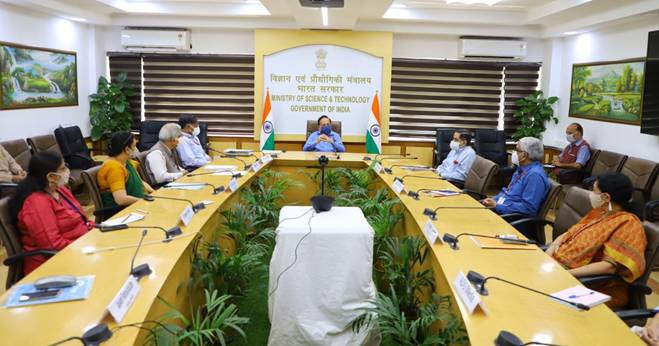 6th India International Science Festival to be held in Virtual format from 22nd to 25th December, 2020

Addressing the participants, Dr. Harsh Vardhan said “IISF 2020 will be organized at virtual platform even at a much upscaled level than the earlier ones, this being the new normal. Dr. Harsh Vardhan also said that this year, CSIR will spearhead the IISF 2020 with support of all other concerned ministries and departments.

He said that besides promoting love and passion for science among young people and students by bringing science outside the labs, IISF 2020 must also reflect on the role of Indian Scientists and S& T innovations for not just Atmanirbhar Bharat but global welfare also.“ It is time to make the world see the role of Indian Scientists to addressing global challenges and people’s welfare”, he said. The Minister further asked the participants to brainstorming and identify ways and means to highlight and role India has played in tackling Covid-19.

The first and second IISF were held in New Delhi, the third in Chennai, the fourth in Lucknow, and the fifth IISF was held in Kolkata. ALL these IISFs had generated immense response from people within India and from abroad.

IISF is an annual event organised jointly by science & technology-related Ministries and Departments of the Government of India and Vijnana Bharati (Vibha). IISF is a festival to celebrate the achievements of India’s scientific and technological advancements with students, innovators, craftsmen, farmers, scientists and technocrats from India and abroad.

IISF 2020 expects participation of large number of scientist and institutions from India and abroad as well as young people. Several events are expected to be lined up on various themes before and during IISF 2020.