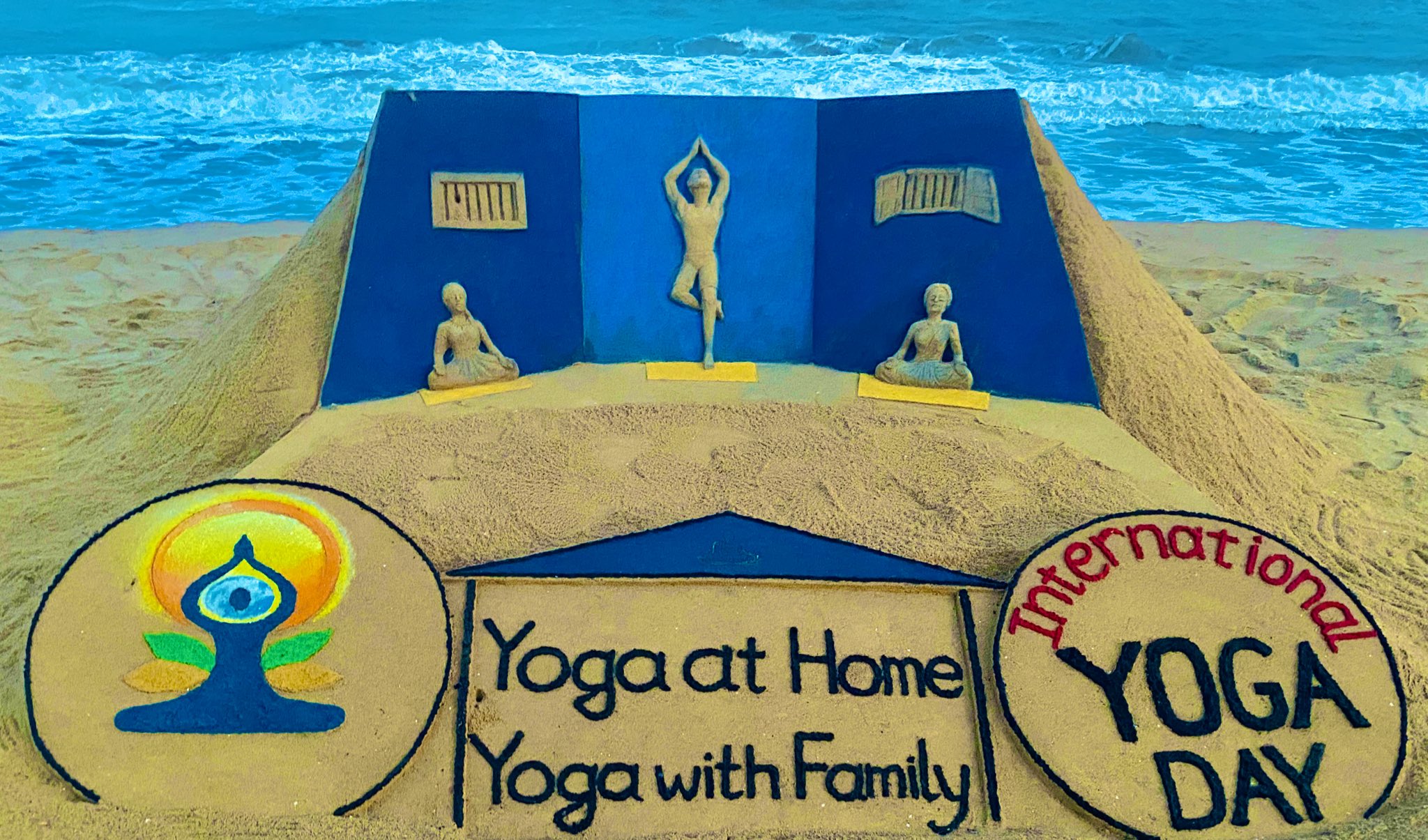 New Delhi: The sixth International Day of Yoga was celebrated with great enthusiasm across the country through electronic and digital media. Prime Minister Shri Narendra Modi, addressing the nation on this occasion, underlined the role of Yoga in strengthening the family bondage. He said that Yoga brings all closer and binds every member of a family including children and elders. This is the reason why ‘Yoga with Family’ has been made the theme of this year’s IDY.

The Prime Minister further said that COVID-19 mainly attacks the pulmonary organs of the human body and Pranayams are helpful in strengthening the respiratory system. He said, “If we can finetune our chords of health and hope, the day is not far away when the world will witness the success of healthy and happy humanity. Yoga can definitely help us make this happen.”

Due to current pandemic of COVID-19, mass gatherings on IDY are not advisable. Keeping this situation in mind, the Government encouraged people to practice Yoga at their homes along with their family members. In this regard, the Ministry of AYUSH maximized the use of social and digital media platforms to facilitate online participation from the people.

On this occasion, the Minister of State for AYUSH, Shri Shripad Naik said that International Day of Yoga has turned into the biggest public health movement. “Now every country of the world celebrates IDY and the public has embraced this event and adopting it as a celebration of India’s culture and tradition”, he stated. The Minister said that this year IDY comes in the middle of a health emergency so the AYUSH Ministry has been fostering and facilitating the trend of practicing Yoga at home through various online and hybrid-online initiatives since the last three months. The Minister praised “My Life – My Yoga” Video Blogging Contest announced by the Prime Minister Shri Narendra Modi ji for raising awareness about Yoga.

Shri Naik further added that many leading Yoga institutions have joined forces with the Ministry in this effort. Such activities intensified in the last one month, with added focus of training in Common Yoga Protocol (CYP), which is followed by participants of IDY every year for ensuring harmony in the mass demonstrations of Yoga.

While giving the vote of thanks Secretary, Ministry of AYUSH Vaidya Rajesh Kotecha said that in the new scenario, the aim of IDY is to focus on its health- rewards and to do Yoga at home on Yoga Day. The Ministry of AYUSH is supporting this trend by promoting the theme “Yoga at Home, Yoga with Family” in its IDY activities.

Shri Kotecha said that the Ministry of AYUSH streamed various online initiatives including daily morning CYP session on Doordarshan and social media for people to follow and learn the Protocol. The Secretary said that numerous individuals and institutions including educational institutions, government bodies, business firms, industries and cultural organizations have committed themselves to joining IDY for the benefit of their employees, members or other stakeholders, from their homes itself. Through such efforts the Yoga fraternities in different parts of the country are now ready to observe IDY with thousands of families joining the same from their respective homes, the Secretary added. He also informed about Ayush Sanjivani mobile app for generating data of large population with a target of 5 million people. The core expected outcomes include generating data on acceptance and usage of AYUSH advocacies, and measures among the population and its impact in prevention of COVID 19.

At the end of the programme, live demonstration of Common Yoga Protocol was performed by the experts of Morarji Desai National Institute of Yoga followed by discussions with Yoga experts. The programme was televised on all the channels of Doordarshan.