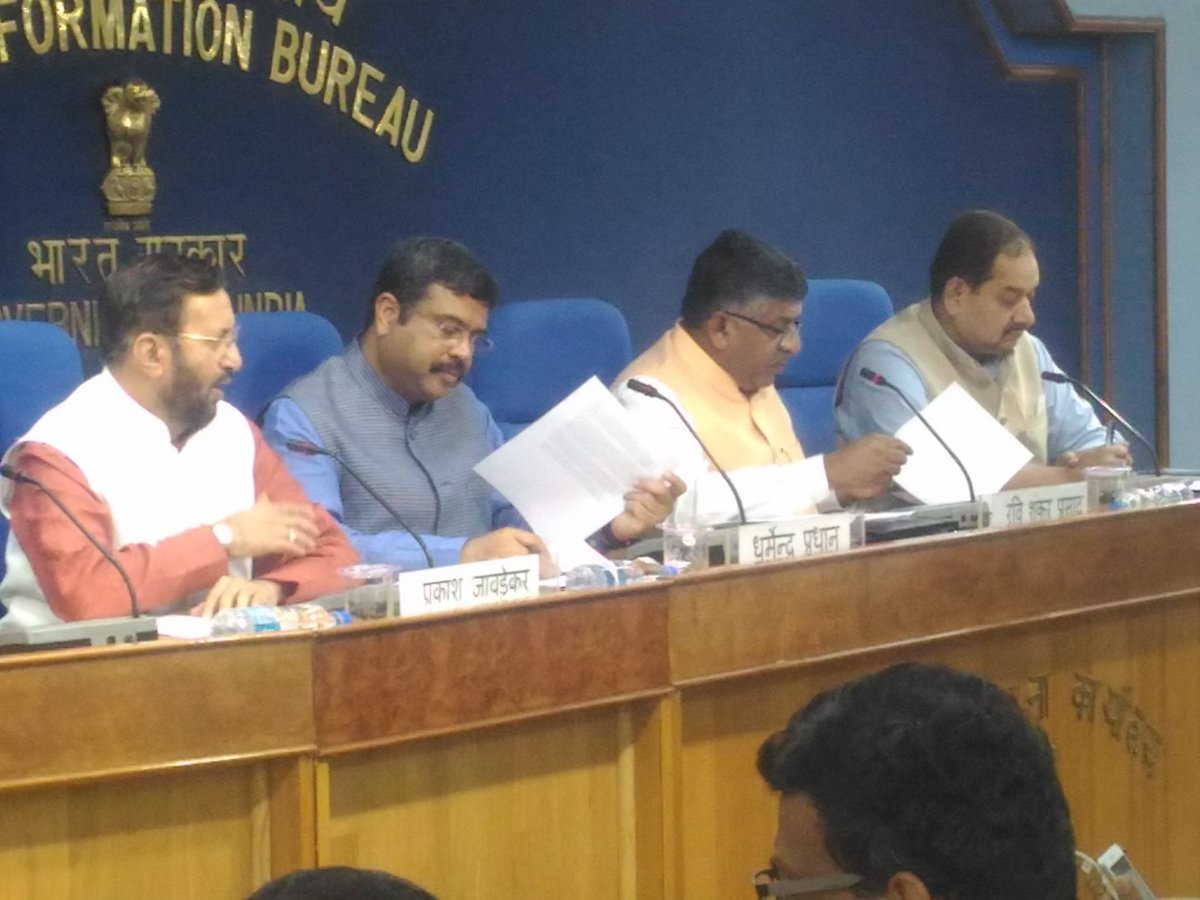 New Delhi: The iconic North and South Block building flanking the Rajpath in the national capital began to shine with bright, shimmering reflected light combinations with the inauguration of new dynamic façade lighting tonight. The honour of inaugurating this Rs.15 cr, 16 million colour combination new lighting was given to Shri Mahipal Singh, the senior most support staff who joined the Ministry of Home as a daftary in 1975.

Prime Minister Shri Narendra Modi and 20 other Cabinet Ministers attended the event including Shri Rajnath Singh, Smt.Nirmala Sitaraman and Shri Hardeep Singh Puri, with whom Shri Mahipal Singh was seated in the front row, with others behind them. After the inauguration, Prime Minister shook hands with Shri Mahipal Singh, who is to retire in 10 days and complimented him.

A twenty minute live demonstration of new lighting was organized for the Ministers, senior officials of the Government, media and the large number of public who attended the launch.

Rashtrapati Bhawan located between the North and South Block buildings and overseeing the Rajpath will be covered with similar lighting from the first of January next, which would present a continuous stretch of visual delight.