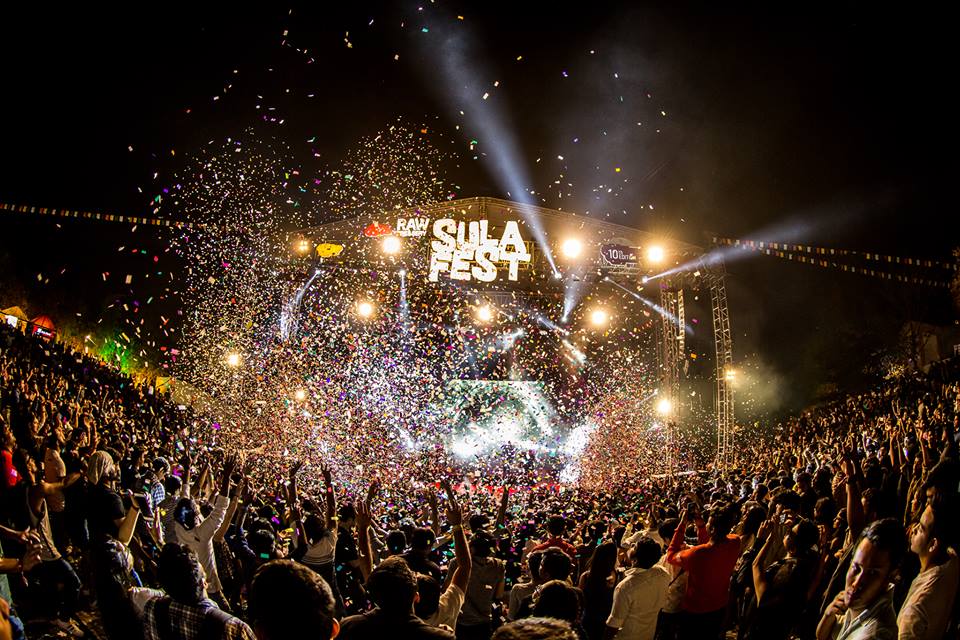 7 Music Festivals to look forward to in 2018

Mumbai: One of the best ways to explore a new tourist destination is through a festival or carnival. And what better than a music festival which has the perfect combination of live music, lip-smacking food and enthusiastic festival-goers! Pick one or more of these festivals for an off-beat and heady holiday experience, put on those flower crowns and get swinging.
1. SulaFest
With a100 artists from over 30 countries, this year’s band has Bollywood sensation Amit Trivedi, electro-swing front-runners Parov Stellar and the five-piece vocal groove collective, Bauchklang. What started off as a celebratory harvest festival has now grown to a full-fledged 2-day extravaganza with delectable wines and foot-tapping music against the resplendent vineyards.

2. VH1 Supersonic
With Major Lazer, Incubus and Marshmello joining in the eclectic mix of artists performing at Laxmi Lawns in Pune, this festival just got bigger and better by leaps and bounds! The festival is setting up a super flea market which will be a shopper’s paradise along with a beautiful beer garden. In its 5th edition, VH1 Supersonic is definitely an enticing experience for travellers, music-lovers and shoppers!

3. Bacardi NH7 Weekender
The Bacardi NH7 Weekender is notorious for it’s glorious mix of Indian and international artists all under one roof! It’s not unusual to see the goth-lovin’ crowd mixed up with the Bollywood throng and topped off with the snazzy EDM swarm. The cuisine also offers a plethora of options, ranging from local to international. Plunge into a journey of musical discovery at either of the festival’s favourite destinations.

4. Woods Talk
The unique incorporation of music and adventure at the Woods Talk festival, set against the gushing waters of Rishikesh will definitely unleash the thrill-seeker within you. It is the ultimate escape with extreme sports such as rafting, kayaking, rappelling, rock climbing, canyoning and cliff jumping. This exhilarating getaway amalgamates live music with exhilarating adventures against the immaculate gorges and stunning white waters.

5. Sunburn
Sunburn pioneered the electronic dance music festival in India and is now one of Asia’s biggest music festivals. For its first 9 years, the festival was held against the picturesque beaches of Goa before moving to Pune. A party of mammoth proportions, Sunburn is a cultural diaspora of music and people. Set on the sprawling Oxford lawns, the 4-day festival has over 75 artists performing on multiple stages.

6. Magnetic Fields Festival
This kitschy carnival has taken the music scene by storm, with a troop of contemporary acts against the magnificent backdrop of Alsisar Mahal in Shekhawati, Rajasthan. In the heart of the Rajasthan desert, this festival spins its magic with the modern and ancient India nestling side by side for the throbbing and pulsating music festival. This 3-day extravaganza offers you the chance to party like a king, quite literally.

7. Ziro Music Festival
North-eastern India has always been considered a hotbed of alternative music. Explore the quaint countryside and indulge in local delicacies at this independent music festival in the Ziro valley of Arunachal Pradesh. Traverse through pristine mountains enveloped by fluffy clouds and winding rivers as you partake in mouth-watering local food and brews.