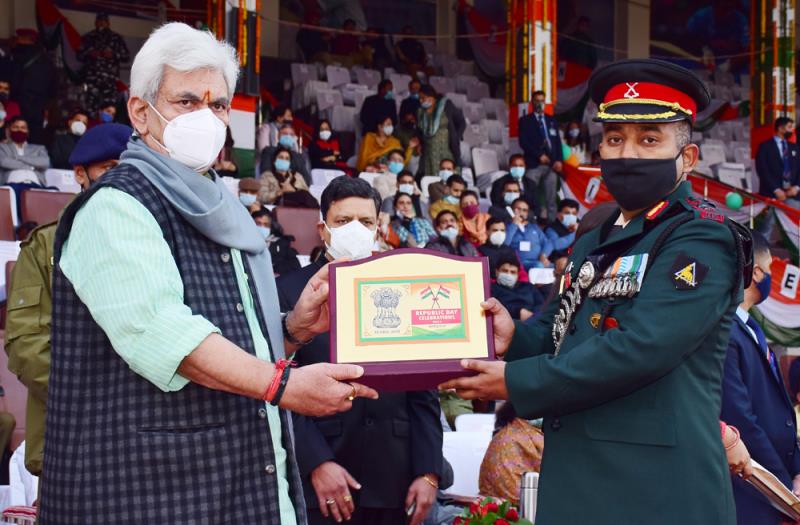 Lieutenant Governor, Manoj Sinha was the Chief Guest for the ceremony.

Marching Bands of Armed Forces and the enchanting tunes of Brass bands and Pipe drum bands of the Army, BSF, and J&K Police included Maroon Silver and Gold, Scipio, Veer-Sepoy, Vijay Bharat, Jai Ho, India Gate, Deshon Ka Sartaj Bharat, Naurange, The Hundred Pipers, Loudon’s Bonnie Woods and Breas, The Pipers of Drummond and Lahure Ko Ralimai on the slow and quick strathespy, besides Abide with Me- Brass Band and Reel March received a huge round of applause from the audience.

For their outstanding display at the grand event, contingents of Pipe drum and Brass bands were felicitated by the Lt Governor.