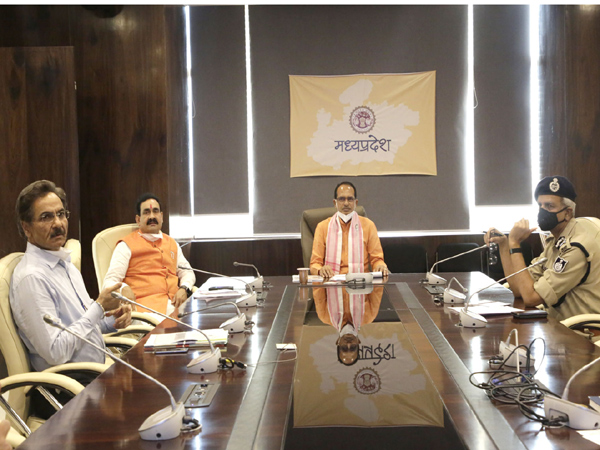 75 % jobs in mines will have to be given to bona fide residents of the state: CM Chouhan

Bhopal : Chief Minister Shri Shivraj Singh Chouhan has said that the lease holders of minor mineral mines will have to provide 75 percent employment to the bona fide residents of the state. Tainted officers will not be tolerated, corrupt officials should be immediately removed from service. Chief Minister Shri Chouhan said that the online system should be strengthened by making all the mineral related procedures transparent. The major minerals and minor minerals available in the state are a major source of royalty. We will have to make every effort to get 100 percent royalty of the extracted mineral. The state government may also consider creating a separate force for the protection and management of mineral resources. Chief Minister Shri Chouhan was discussing the proposed amendments in the Minor Mineral Rules and District Mineral Foundation Rules in Mantralaya.

Illegal sand mines will be brought into legal process

Chief Minister Shri Chouhan said that sand is a great source of royalty. It is necessary to develop a legal alternative and ensure its implementation to bring the royalty which is not being received by the state government due to the illegal activities related to it to the state fund. Illegal sand mines will be brought into legal process. Chief Minister Shri Chouhan said that it is necessary to set guidelines and priorities from the state level to ensure proper use of the excess funds that come in the mineral foundation of districts.

Proposal to include 31 major minerals in minor minerals

Discussion was also held during the meeting on inclusion of 31 major minerals in minor minerals, disposal of granite, marble, slab-stone wastes, allotment of slab stones and stone mines on government land by lease instead of auction, fixing of powers of lease approval and revision of royalty rate of minor minerals.

The royalty rate of M-sand (Manufactured sand), an alternative to river sand, was also discussed. It may be noted that it is being included as a new minor mineral. This is also included in the S.O.R. of Public Works Department.