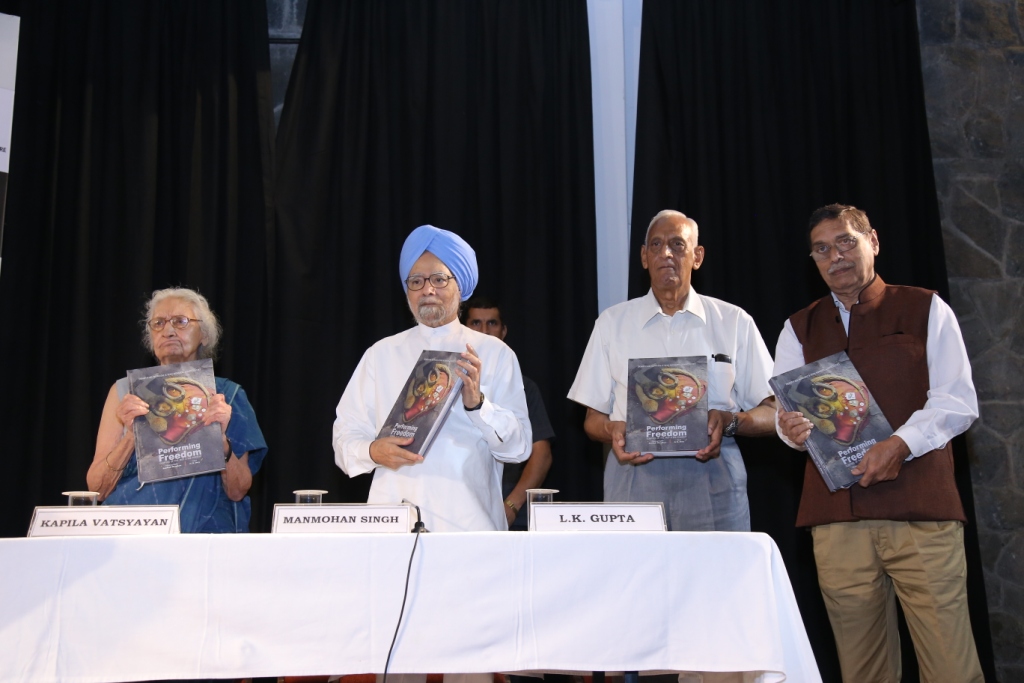 The ceremony was held here today in C. D. Deshmukh Hall, India International Centre (IIC), New Delhi which saw the launch of 26 books/volumes. These were launched by former Prime Minister Dr. Manmohan Singh in presence of several dignitaries, intellectuals, historians and academicians like Kapila Vatsayan, Asis Nandi, Ashok Vajpayee, Major General (Retd.) L.K. Gupta, Chairman INTACH. PLSI, an initiative of Bhasha Research and Publication Centre, Vadodara, will eventually bring out 60 such volumes by the end of 2018 to be published by Orient Blackswan. These volumes will be published both in Hindi and English. Some volumes will also be published in regional languages of India.

Speaking on the occasion, Dr. Manmohan Singh, former Prime Minister of India, stressed the fundamental importance of languages to human society, saying that, “innovative research related to languages” needs to be encouraged. Dr. Singh appreciated Bhasha Research and Publication Centre for making efforts to preserve the Indian languages. Dr.G. N Devy, General Editor and Chairperson, PLSI said that “The central idea of this survey is to document and preserve 780 languages which are being spoken in India today. Today is the day of celebration of language diversity for the country and we will ensure that these languages survive the test of time and place.”

Dr. Ganesh Devy also announced the next big project “Global Languages Survey” under which over 6000 languages being spoken in the world will be surveyed and documented. Talking about the project Devy said, “India will be only country in the world with such a big repository of world languages. Global Language Survey Report aims to ensure that no language ever slips into oblivion. We aim to complete the entire exercise by 2022.”

Along with this, the event also saw the launch of “Dakashinayana Indian Thought” (DIT) series which is an attempt to bring together discursive literature available in Indian languages and democratic culture. These are compiled by collective of thinkers and scholars from different parts of the country.