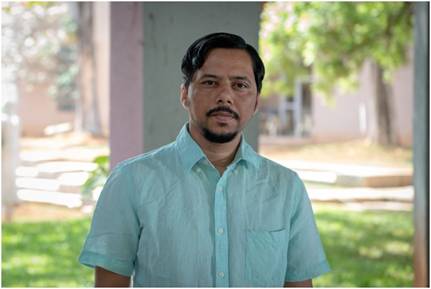 New Delhi: Scientists have uncovered an important clue on how the dark ages of the Universe ended and how the first extreme-UV light appeared.

India’s first multi-wavelength satellite, AstroSat, has detected extreme-UV (EUV) light from a galaxy, called AUDFs01, 9.3 billion light-years away from Earth. At the time, our universe was forming stars at its peak rate. Such EUV radiation has enough energy to ionize a hydrogen atom by liberating its electron from the nucleus’s influence. The EUV photons emitted by galaxies like AUDFs01 could play a crucial role in reionizing the early universe soon after the Cosmic Dark Age and emitting the first light.

A collaboration of researchers from different countries under the project CEFIPRA funded by Indo-French Centre for the Promotion of Advanced Research (CEFIPRA) a bilateral organization set up by the Department of Science & Technology, Government of India and the Ministry for Europe and Foreign Affairs, Government of France delved into how galaxies like AUDFs01 grow their stellar mass when the first stars and galaxies became visible.

The team consisting of Prof. Combes from Observatoire de Paris, Laboratory for Studies of Radiation and Matter in Astrophysics and Atmospheres (LERMA), France, and Prof. Kanak Saha from Inter-University Centre for Astronomy and Astrophysics (IUCAA), India connected by CEFIPRA estimated the recent star-formation rate and mass of the gas reservoir in the galaxy. Star formation rate provides a quantitative measure of the stellar mass growth in galaxies. The typical star formation rate (or gas consumption rate) in those first galaxies is not known. By studying galaxies like AUDFs01 and many more, we could get an idea of how star formation rate, gas consumption rate, and growth of stellar mass in those primitive galaxies. Their work has been recently published in the journal ‘Nature Astronomy’.

The multi-wavelength satellite AstroSat, which was launched on September 28, 2015, by the Indian Space Research Organisation (ISRO) has five unique X-ray and ultraviolet telescopes working in tandem and has onboard the UltraViolet Imaging Telescope (UVIT).

According to Prof. Saha, the redshift gap from 0.4 to 2.5 remained barren until the wide-field UltraViolet Imaging Telescope (UVIT) onboard AstroSat made its first discovery of AUDFs01 at redshift 1.42. The galaxy is not only bridging the gap between the low and high redshift regime at present, but it is also the beginning of a whole new exploration of star-forming galaxies at EUV wavelength. This extreme UV wavelength regime is crucial to understand models of the stellar population, especially the massive, hot stars in early galaxies.

AUDFs01 is the first example of a leaking galaxy with clumpy morphology. This galaxy has four clumps and, perhaps, typical of star-forming galaxies in this redshift range. The current version of the AUDF-south (AUDFs) can be used to detect a number of such EUV galaxies from redshift 1 and 2, when the cosmic star-formation rate had its peak, and thus, AstroSat may allow further to refine the scenario of cosmic reionization.

“While technology is often developed and adopted keeping in view local needs, deep science is often global requiring strong international collaborations such as this one supported by CEFIPRA. There are indeed many compelling stories of profound science resulting from India’s active international collaborations in the frontier areas with over 40 countries,” said Prof Ashutosh Sharma, Secretary, DST.