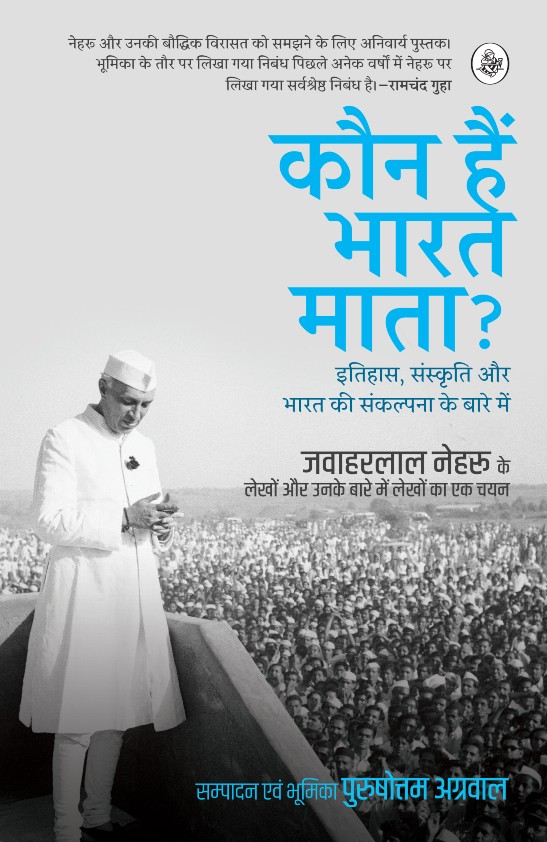 · Senior author Purushottam Agrawal has edited this book, Rajkamal Prakashan has published it

New Delhi: Amid the ongoing debate in the country about nation and nationalism, Rajkamal Prakashan has published the book ‘Kaun Hain Bharat Mata’. The book has been edited by senior author Purushottam Agarwal. It talks about the intellectual legacy of Jawaharlal Nehru, an important figure of the freedom movement and the first Prime Minister of India.

Its publication has come at a time when efforts are being made to tarnish and deny Nehru’s personality and contribution for the country. Referring to this, Prof. Agarwal said, I have been trying to know and understand Pandit Jawaharlal Nehru for the last fifteen to sixteen years. This book is the result of that effort and endeavor. Originally it was printed in English under the title ‘Who is Bharat Mata’, which was highly acclaimed by scholars and readers. It showed that despite all the malpractices against Nehru, and also to some extent because of them, the desire to know and understand Nehru has increased among people. Everyone requested that this book should be accessible in other languages as well: the result of which is this Hindi translation; Kannada translation is already available.

Ashok Maheshwari, Managing Director of Rajkamal Prakashan Samuh said, ‘Kaun hai Bharat Mata’ gives a perfect opportunity to understand Jawaharlal Nehru’s personality, ideas and policies. It consists of selective writings of Nehru; apart from it, it consists of various articles written about Nehru by Mahatma Gandhi, Bhagat Singh, Sardar Patel, Maulana Azad, and various other nation and international personalities. He said, this book outlines Nehru’s vision and idea of a democratic, inclusive and scientific India. In this, the preface written by the scholar editor has been described by the noted historian Ramchandra Guha as the best essay written on Nehru in the last several years.

This book will be available in the market from February 17,2021.