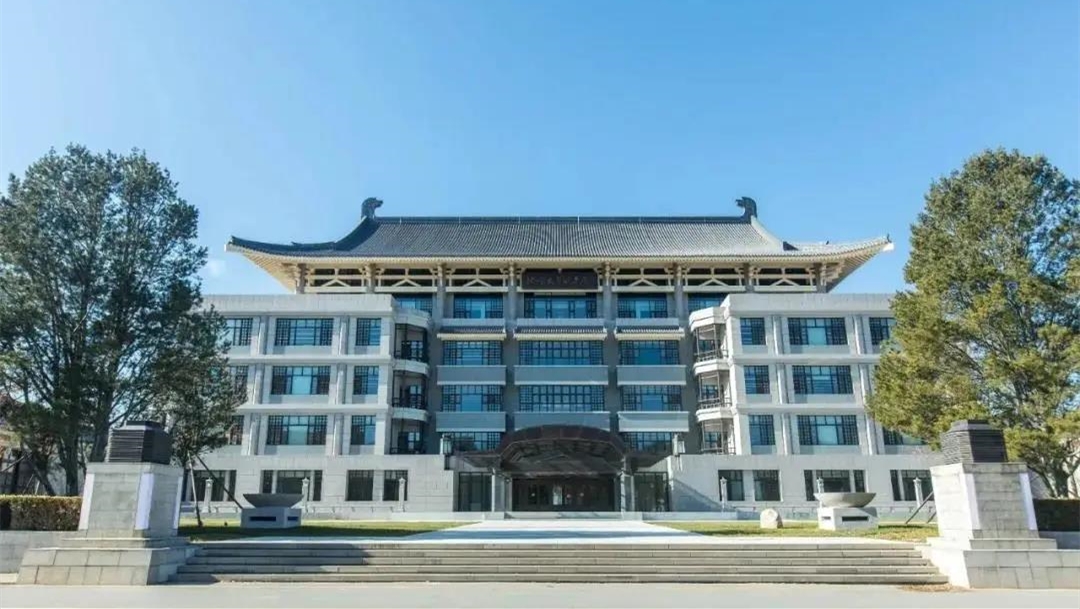 A hub of knowledge: The East Building of PKU Library unveiled

Peking: After a thorough renovation, the East Building of PKU Library is unveiled once again today! The library is now fully accessible to PKUers with a bunch of services upgraded.

A spacious and well-decorated New Arrivals Hall (新书展阅厅) welcomes you at the first floor of the East Building, presenting the latest arrivals that you even may not be able to see yet in any other bookstores off the campus. The bookshelves are designed in the shape of Boya Pagoda and four Chinese characters (学、堂、典、藏), which hold the books both efficiently and artistically.
Walking past the New Arrivals Hall, it is the exhibition area that you will meet. Currently, the Chinese Book History Exhibition and Rare Documents Exhibition are ongoing. Come and check regularly, you won’t regret!

The fourth floor keeps preserved prints of works by generations of PKUers. From the written pieces of PKU’s history to the papers of PKU scholars, it is a bank of wisdom and a milestone of the PKU spirit.

How PKU Library comes to be as we know it today?

The library dates back to 1898, when it was originally a book collection building for the Imperial University of Peking. On behalf of the then government, influential scholar Liang Qichao (梁启超) sketched The Principles of the Imperial University of Peking. In these principles, he proposed: “The book collection building is established to gather important books from home and abroad, for the benefit of all kinds of readers and for a broad display of the ways and spirit of the world.”

Rules and regulations were made, duties and responsibilities of the staff members were clarified and a system for checking in and out was implemented for the library. These measures undertaken by PKU Library in the early years are regarded as pioneering acts in transforming the library into one with exemplary management and organization.

Before the establishment of the East and West Buildings, the library was handicapped by its limited storage space. Books were stored in scattered areas, making it a difficult task for students and teachers to locate and check them out. In 1975, the West Building of the library was built, which is now known as the “old library”. It’s about 24,000 square meters with 2,400 seats. In 1998, the new east building of the library was built thanks to the generous donations from Hong Kong industrialist Li Ka-shing (李嘉诚). This new building was connected to the old one, increasing the library’s floor area to 53,000 square meters. Modern designs and network technologies were incorporated, giving the library an entirely new look.

PKU Library in progress: a hub of knowledge, culture and communication

Nowadays, Peking University Library is equipped with modern technology and facilities, bringing convenience and endless possibilities to its students.

The collection of books in the library has been rapidly expanding, with more facilities and equipment constantly being added and improved. Its vast resources in a range of disciplines have important reference value for the study of modern Chinese society, history, politics, education and many other fields. This has made the library an aged yet modern Chinese library, holding the reputation as one of the best managed and largest libraries in Asia.