New Delhi: The exhibition on ‘Quit India Movement’ has been put up at the National Archives of India as part of ‘Azadi Ka Amrit Mahotsav’ being celebrated to commemorate 75 years of Independence. An attempt has been made in this exhibition to depict the importance of the Quit India Movement in India’s freedom struggle through public records, private letters, maps, photographs and other relevant material. The exhibition is open to the public from August 9 from 10 am to 5:30 pm till November 8, 2021.

Some of the glimpses of exhibition showcasing the journey of Quit India Movement. It has various interesting sections as shown below. 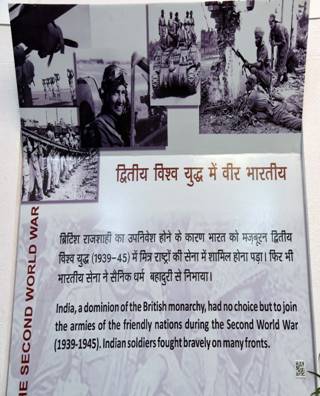 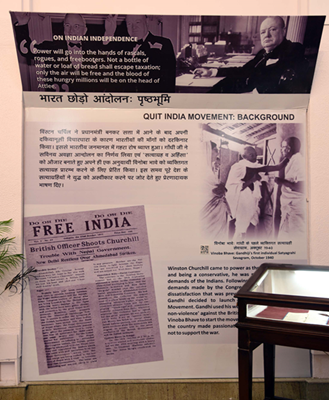 Circumstances leading to Quit India : British announced India’s participation in World War II in 1939 without the consensus of Indian leaders, which led to resignation by ministries from provinces of British India. On the right is shown the background of the Quit India movement. 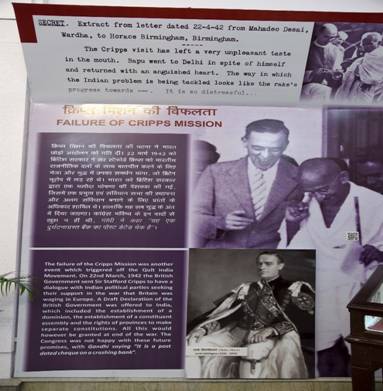 Shri Mahadeo Desai’s opinion on Cripps mission via a letter dated 22 April 1942 is displayed in the exhibition. 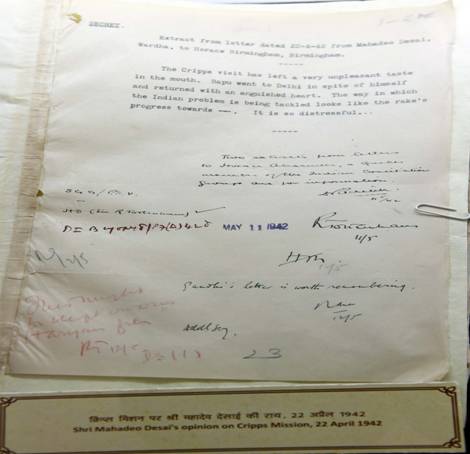 THE SECRET: Exhibition throws light on some on the unknown and interesting  facts by display of secret documents of that time. Here is an British India’s Intelligence Bureau document showing   position of  Muslim league on Cripps mission. 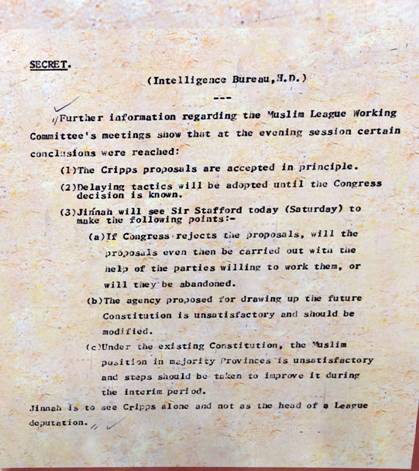 THE POETRY : The poems displayed are a major attraction for lovers of literature . The poem kya chahte hai highlights the aspirations of Indians to be free from the imperial bondage. THE CALL: Mahatma Gandhi gave the call for do or die. The displayed documents in the exhibition fill the viewer with thoughts of sacrifices made by our leaders. The call of do or die started the Quit India Movement and Mahatma Gandhi was arrested the next day. The exhibition highlights the role  played by newspapers during the movement. 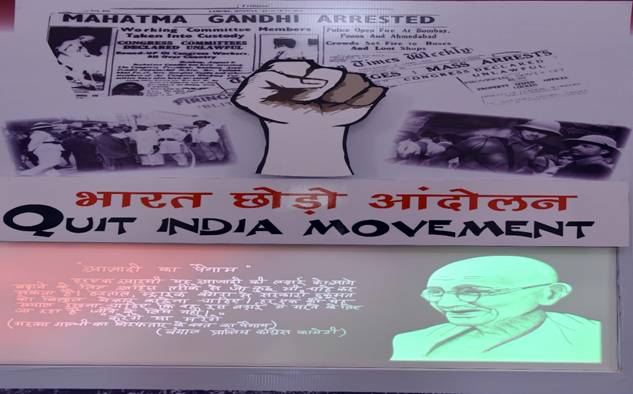 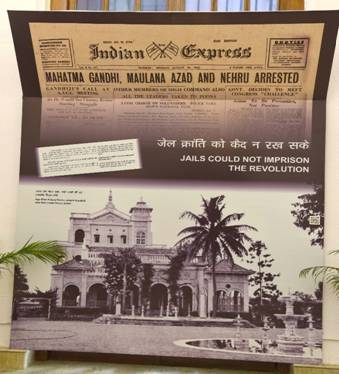 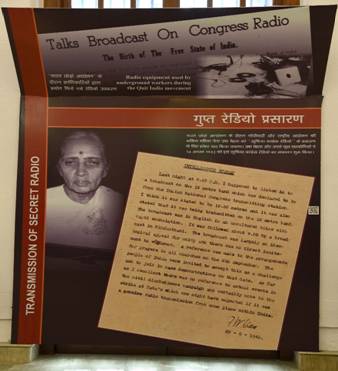 THE REVOLUTION: The arrest of several important leaders led to rise of secret and underground radio station by Usha Mehta and Ram Manohar Lohia. The exhibition captures it correctly by display of statement that the Jails could not imprison the revolution. THE SACRIFICE: Exhibition shows the sacrifices and struggle during the movement by showing records of the number of persons killed and wounded by military and police action. THE PARLLEL GOVERNMENT: The presentation showing  declaration of independence in various parts of the country including Balia in Uttar Pradesh is a major attraction in the exhibition.

A report from newspaper shows an interesting event where Donkeys were let loose in the city with the name Winston Churchill. 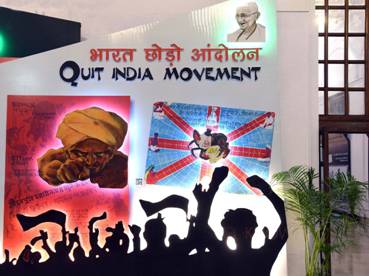 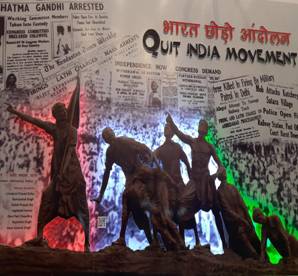 The illuminated presentations are the innovative additions to the exhibition showing the events in a three dimensional form. The LED based presentation where one needs to just point the finger to know about the events helps to make the exhibition interesting with the use of technology in the exhibition.