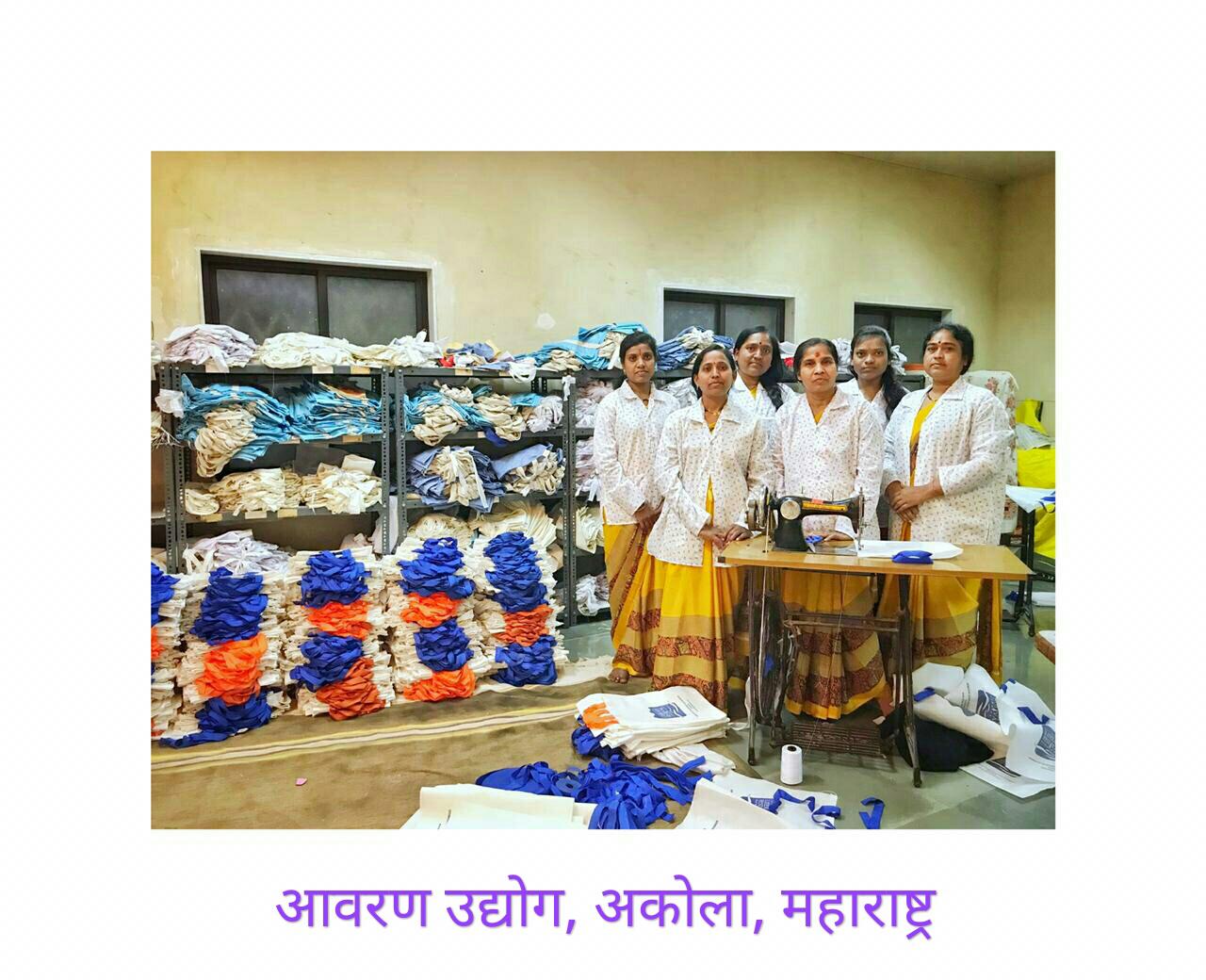 A New Fold On Old Drapes; This Organisation From Maharashtra Is Connecting Traditions With Ecosystem

By India Education Diary Bureau Admin On May 10, 2020
Share

Regaining the roots from mythology and teachings from ancient religious scriptures are the simplest solutions to humankind’s material and spiritual crisis. Prachi Kothari is an example of what real empowerment speaks about. With the notion of solidarity for a cause, a non-governmental organisation called ‘Avaran Udyog’ in Akola district of Maharashtra not only empowers women, but also has a unique vision behind.

The founder of Avaran Udyog Prachi Kothari says that she was influenced by teachings of Hindu dharma. “Although I had qualified CAT exam, I wanted to study Sanskrit. The motive of every religion is to find ‘Sashwat’ or ‘the complete truth’. With the course of time I realised that every dharma says leave nothing behind when you perish. But we are leaving behind loads of plastic trash and no good thing. This is going to affect the survival of generations to come. That is how the idea of ‘Avaran Udyog’ was born,” says Prachi.

“Imagine the use of plastic in proportion to our population. And it’s not like we rarely use plastic, it’s in everyday. Re-using fabrics is somewhat our mothers and grandmothers have been doing since years. That’s what Avaran Udyog is doing. We re-use textiles like old sarees and other clothes to make bags, wallets, folders and other useful products.”

Ecozen participates in Tomato Krishi Mela to showcase its…

Let’s know how it empowers women. Prachi says that in the initial days when this was just an idea, it was very difficult to convince women to work. “Women have a lot of things to look after in their families so most of them were ready to work from home. Fearing the societal pressure and criticism, many of them were reluctant to come and work. But in order to establish an industry, I needed a basic team. It took me around 3 months to gather 7 ladies who would come to the base and work. My father in-law invested and I bought sewing machines. Avaran Udyog has its base in a separate side at my in-laws’ place. However, when you have a true vision, even universe shares a helping hand. We officially started in October, 2018 and by in February, 2019 we got a chance to participate in Brahmaputra Literature Festival in Guwahati. We now have a team of 50-100 women working with us both at the base and at their respective homes. We provide them the materials according to the order and they get the job done.” 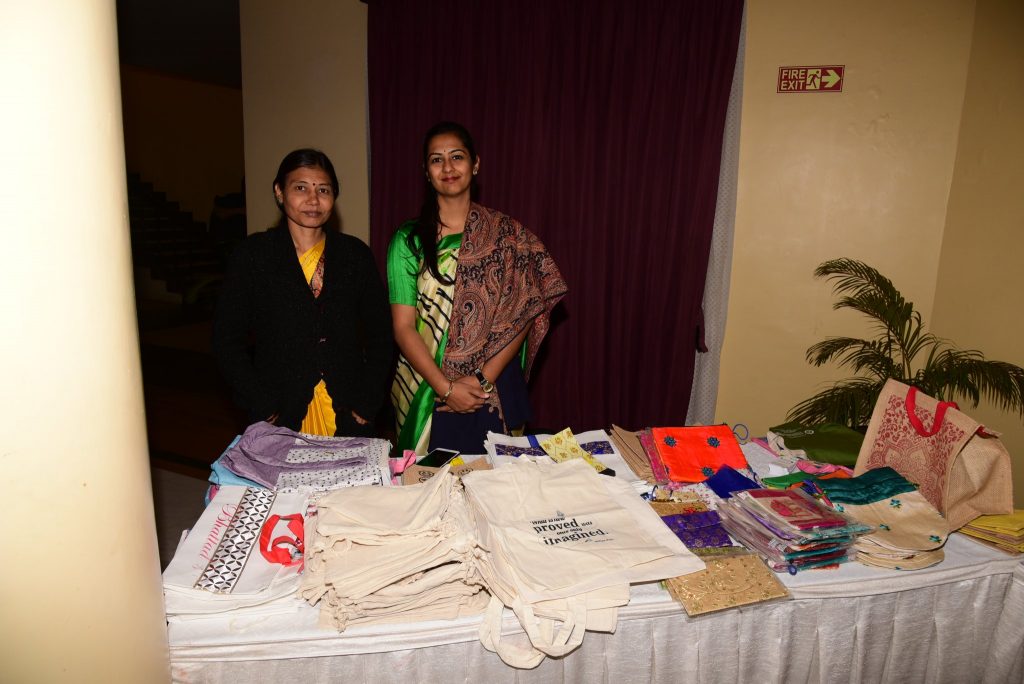 There was no looking back. Collaborating with literature festivals across the nation has given a great milage to the organisation. “After participating in Brahmaputra Literature Festival, we got a chance to collaborate as bag partners with Mystic Kalinga Festival in Odisha in February, 2020. This boosted our level. Our pages and personal profiles on social media flooded with congratulatory messages and blessings. Such participations have made our motto reach to many influential people of the country. This has put a great impact on our work and opened more doors. We are aiming to collaborate more with literature festivals as well as other corporate events in future. We also have plans to globalise our brand nationwide and overseas soon,” says Prachi.

As Avaran Udyog is about to complete 2 years, Prachi gives a note about the milestones. “Our initiative has made many lower middle-class, poor, and helpless women independent both financially and morally. They receive salaries in their bank accounts and have earned respect. We have fetched chance to collaborate on such big platforms in the initial days which is a great remark. Now more number of people want to join our venture. Self-confidence, courage, and freedom to create new and worthy out of the unused are the aims of our organization.”

With Commencement postponed until May 2021, Brown will honor 2020 graduates virtually

Chennai One campus shortlisted for National Award, the only one from Chennai

iednewsdesk Apr 9, 2022
An international team including researchers at UCL have made the most precise measurement of an elementary…

University of Cambridge: ‘Robot scientist’ Eve finds that less than…

University of Cambridge: Lessons from modern languages can reboot…