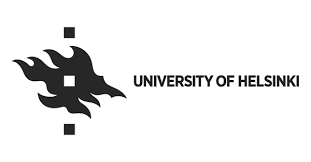 An international research group has discovered in the human brain a new functional coupling mechanism between neurons, which may serve as a communication channel between brain regions.
In a new study published in Nature Communications, research groups of Professor J. Matias Palva and Research Director Satu Palva at the Neuroscience Centre of the University of Helsinki and Aalto University, in collaboration with the University of Glasgow and the University of Genoa, have identified a novel coupling mechanism linking neuronal networks by using human intracerebral recordings.

Neuronal oscillations are an essential part of the functioning of the human brain. They regulate the communication between neural networks and the processing of information carried out by the brain by pacing neuronal groups and synchronising brain regions.

High-frequency oscillations with frequencies over 100 Hertz are known to indicate the activity of small neuronal populations. However, up to now, they have been considered to be exclusively a local phenomenon.

These observations suggest that high-frequency oscillations convey within the brain ‘information packages’ from one small neuronal group to another.

The discovery of high-frequency oscillations synchronised between brain regions is the first evidence of the transmission and reception of such information packages in a context broader than individual locations in the brain. The finding also helps to understand how the healthy brain processes information and how this processing is altered in brain diseases.

University of Nottingham: Smart, self-configuring factories on horizon thanks to £5m…

iednewsdesk Jul 28, 2021
A new exhibition of artwork by over 600 children from across the globe has gone on display at Newcastle…

Ural Federal University: Scientists Have Developed a Simple Way to…

University of Cape Town: Lockdown is taking a toll on the mental…