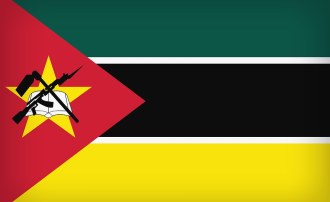 A Protestant work ethic, and not the flash and glamour of Prosperity Christianity, is what Africa needs

Professor Tshilidzi Marwala is the Vice-Chancellor and Principal of the University of Johannesburg. He recently penned an opinion article that first appeared in the Daily Maverick on 29 November 2020.

More than any other sect, Prosperity Christianity represents the adage of Karl Marx that ‘religion… is the opium of the people’. Showmanship, opulence, and miracles are crucial characteristics.

What is the Protestant religion? When Emperor Constantine converted the Roman Empire to Christianity, the Roman Catholic Church became the dominant force in the Roman Empire. After the fall of the Western Roman Empire, the Pope, also called the Bishop of Rome to this day, became the de facto Roman Emperor. He became wealthy and powerful, with all the monarchs of Europe needing his blessing to hold onto their thrones legitimately.

In 1453, the Eastern Roman Empire fell to the Muslims at Constantinople; today called Istanbul. In the Western Roman Empire in the 1500s, a Catholic monk, Martin Luther, broke from the church. He started the Protestant movement when he publicised a list of 95 church malpractices he was protesting against and which he considered corrupt.

He translated the Bible to German, which was only read in Latin by the clergy in Western Europe up to that time. In this process, he formed the standard German as written and spoken today and changed German culture considerably. Others, such as John Calvin, followed suit in the French-speaking parts of Switzerland, France and the Netherlands. This led to the establishment of the Dutch Reformed Church, which has a significant following in South Africa due to Dutch settlement after 1652.

King Henry VIII had initially written a book against Martin Luther, but soon came out against the Pope and established the Anglican church in England in the 1530s when the Pope would not nullify his marriage. He thus imposed Protestantism on his subjects, in addition to seizing and distributing church property in England. While many took up the king’s new faith, many of his subjects clung onto their Catholic faith.

This Protestant reformation set off centuries of religious conflict, while others fled persecution in Europe and established themselves in colonial outposts. The conflict between the Protestants and Catholics continues up to today in Northern Ireland, despite the so-called Good Friday Agreement of 1998. The stalemate between Britain and the European Union over Brexit is because of the Protestant-Catholic conflict in Northern Ireland.

This movement was called Protestant because it was protesting against the excesses of the Catholic Church. Many churches came out of the Protestant movement, and these include Lutherans, Presbyterians, Calvinists and Methodists. While the Catholic Church was grand, from the Presbyterians, the Protestant churches were frugal. While in Catholicism, the priesthood was an economic class, in the Lutheran Church every Christian was a priest and thus ushering in the culture of individualism. For the Lutherans, all work and not just the clergy was good and was not a punishment from God. This ushered in a culture of pride in all work.

From the Calvinists, the concept of predestination, where some people are chosen and written in the book of life, made people work hard to prove that they are the chosen people. The Methodists came with the idea that being methodical and organised makes you closer to God. According to Weber, these attributes of the Protestant churches – individualism, frugality, working hard, pride in one’s work and being organised – established capitalism. It is these characteristics that Weber called the Protestant Ethic.

Consequently, the Protestant countries in Europe became wealthier than the Catholic countries. This trend continues today. Predominantly Protestant USA and Canada are more affluent than Catholic Brazil and Argentina. Largely Protestant Sweden and Germany are wealthier than Catholic Portugal and Spain. The profound aspect of Weber’s work is to show that religion (a superstructure), has a profound effect on the economic activities of individuals (a substructure).

While Europe and particular sections of North America are increasingly secularising, the Protestant ethic culture remains intact even in people of other faiths. This explains why Elon Musk, even though he is the second richest man globally, still works for more than 18 hours a day. This is because, to Musk, work is glorious. It explains why the dress codes of Bill Gates and Mark Zuckerberg are not adorned in gold and diamond, as they are in the trinkets of Queen Elizabeth. This is because frugality is glorious. It explains why Hollywood stars go to Third World countries to adopt children and work in poor neighbourhoods. This is because all work is good and being conscientious is glorious. According to Weber, the Protestant ethic preserves wealth and does not spend it on frivolous activities, and this is why it tends to increase wealth.

Turning to the African continent, can we use religion as a motive force for economic development? Of the 1.3 billion Africans on the continent, 49% are Christians, and 42% are Muslims. The divisions of Protestants and Catholics in Africa has not taken the antagonistic roots they did in Europe. I also need to put it upfront that Christianity was in Africa before it was in Western Europe. In fact, the founder of the Christian faith, Jesus Christ, was a political refugee in Egypt when he was a child. Ethiopia was one of the first countries to adopt Christianity as a state religion in the 1st century AD, more than 300 years before the conversion of the Roman Empire.

During colonial times, classical Protestant churches such as Lutherans and Methodists took root to a limited extent. However, because colonisation was exploitative rather than developmental, they never had the desire nor scale nor resources to implant the Protestant ethic. Despite these limitations, most of the anti-colonial revolutionaries, such as John Dube and Sol Plaatje, came from the Protestant tradition.

More than any other sect, Prosperity Christianity represents the adage of Karl Marx that “religion… is the opium of the people”, usually paraphrased as “religion is the opiate of the masses”.

In classical Protestant Christianity, hard work, frugality, individualism, pride in one’s work, and being organised are essential characteristics. By way of contrast, in Prosperity Christianity, showmanship, opulence and miracles are crucial characteristics. To illustrate this point, consider the American Evangelist Kenneth Copeland, who called people “a bunch of demons” to justify his use of private jets. Here in our own backyard, Prophet Bushiri, a fugitive from South Africa, is known for his claimed miracles and opulence, and not for his frugality and honest work.

In trying to answer the central theme of this article, can Christianity be used to economically develop Africa the same way it was used to develop Northern Europe? Can the rising Evangelical Christianity be directed towards adopting the principles of frugality, working hard, pride in one’s work and being organised as developmental tools?

Unfortunately, the DNA of prosperity theology is populism, promises of success, and miracles. Suppose Evangelical Christianity was to turn against these attributes and adopt the Protestant ethic. In that case, it will lose its appeal and face the fate of traditional churches.

Given all these, what is to be done? We need to adopt secular instruments as mechanisms of economic development and not religious ones. We need to create a strong state that can actively direct the development of society. China is an excellent example of how a strong government can develop a nation and decrease poverty, unemployment, and inequality without leaning on religiosity.

These principles of hard work, pride in work, frugality, and organisational capacity are found in many cultures in Asia and Africa and must be embedded in all superstructures of our society such as in our politics, culture, media, and education. Furthermore, given that we are in the 4IR era, technology must be included as part of the ethic of development.

New tech can get oxygen, fuel from Mars’ salty water