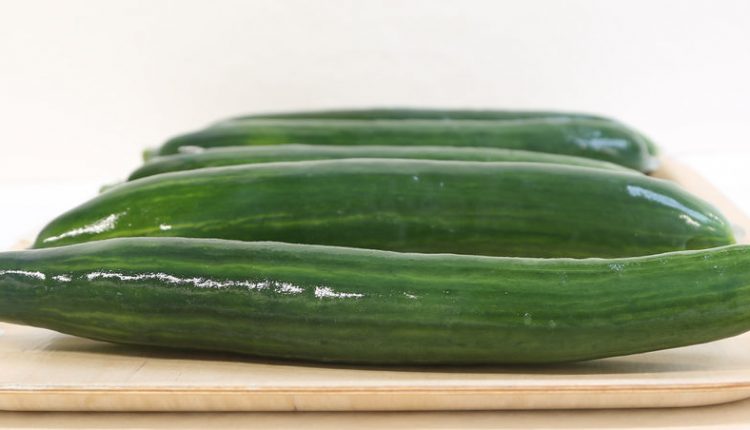 Packaging protects fruits and vegetables from damage and contaminants keeping them fresh longer, but it also produces a hefty amount of plastic waste. What if there could be a renewable and biodegradable alternative for the millions of pieces of plastic wrap thrown away every day?

This real-world problem sparked a creative solution from four Aalto students taking part in the Design Meets Biomaterials course, Ena Naito, Louise Kallai, Emilia Ikävalko, and Sari Kupiainen. They have designed a completely new way of packaging cucumbers – a biobased liquid solution in which cucumbers are dipped. It forms a transparent film that dries up in a few seconds.

Later in June, the team will present their idea — called DipWrap — in the international Biodesign Challenge Summit. Over 50 student teams across the globe will present their biotech projects to a panel of leaders in academia, industry, art, and design.

Yellowish biobased liquid in a cup in laboratory
Biobased liquid in which the cucumbers are dipped.
The dip mixture contains a jelly-like, red algae-based substance called agar agar, carnauba wax dispersion and dispersed cellulose nanocrystals (CNC). One of the challenges the team faced was that they couldn’t find any previous studies on similar solutions.

‘We went to the lab every week and tested several materials. We came up with the idea of using agar, because we had used it for cooking. We added also wax to make more waterproof-film and CNC for its antibacterial properties,’ says Louise Kallai, a Master student in Chemical Engineering who is spending a year in student exchange at Aalto University.

The team believes that the dipping treatment could also be used for other vegetables and fruits as well.

‘This is a baby step, but hopefully it’s a beginning of something that could be commercialised and could spark interest in this kind of packaging. It also encourages people to question our daily choices,’ says Ena Naito, a master’s student in contemporary design.