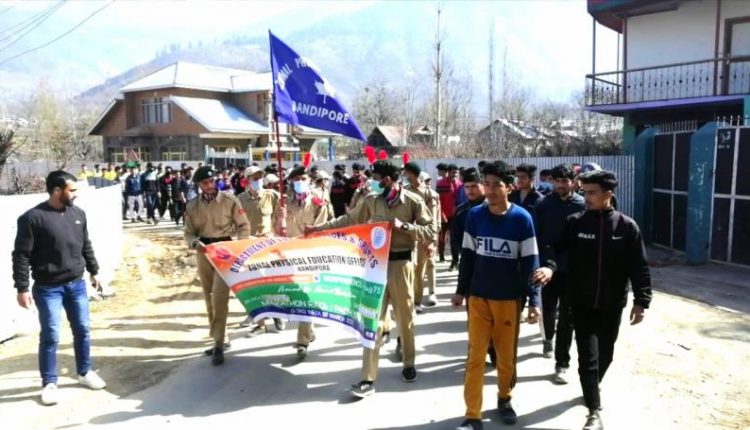 The marathon race was flagged off by the Zonal Physical Education Officer, Safoora Akhter and started from Takiya Ahmad Shah and culminated at Government Higher Secondary School Nadihal.

Students from different educational institutions of block Bandipora participated in the Yatra. As many as 150 students participated in the marathon besides teaching staff, PETs, Rehbar-e-Khel and volunteers. While passing through different villages the students raised the slogans of unity and nation building.

The marathon was organized as part of a series of events under ‘Aazadi Ka Amrit Mahotsav’ launched by the central government from March 12 of this month to April 5, 2021. The idea behind the Mahotsav that starts the celebration of 75 years of India’s independence 75 weeks before 15th August, 2022 and extends up to Independence Day 2023 is to showcase accomplishments since 1947 so as to instill a sense of pride.

Principal Higher Secondary School Nadihal Abdul Majid Malla, Major R Jamwal were among others who participated in the event. On the occasion, participants were honoured with mementos and medals.

Accessible and responsive Administration shall be the priority: DC Pulwama