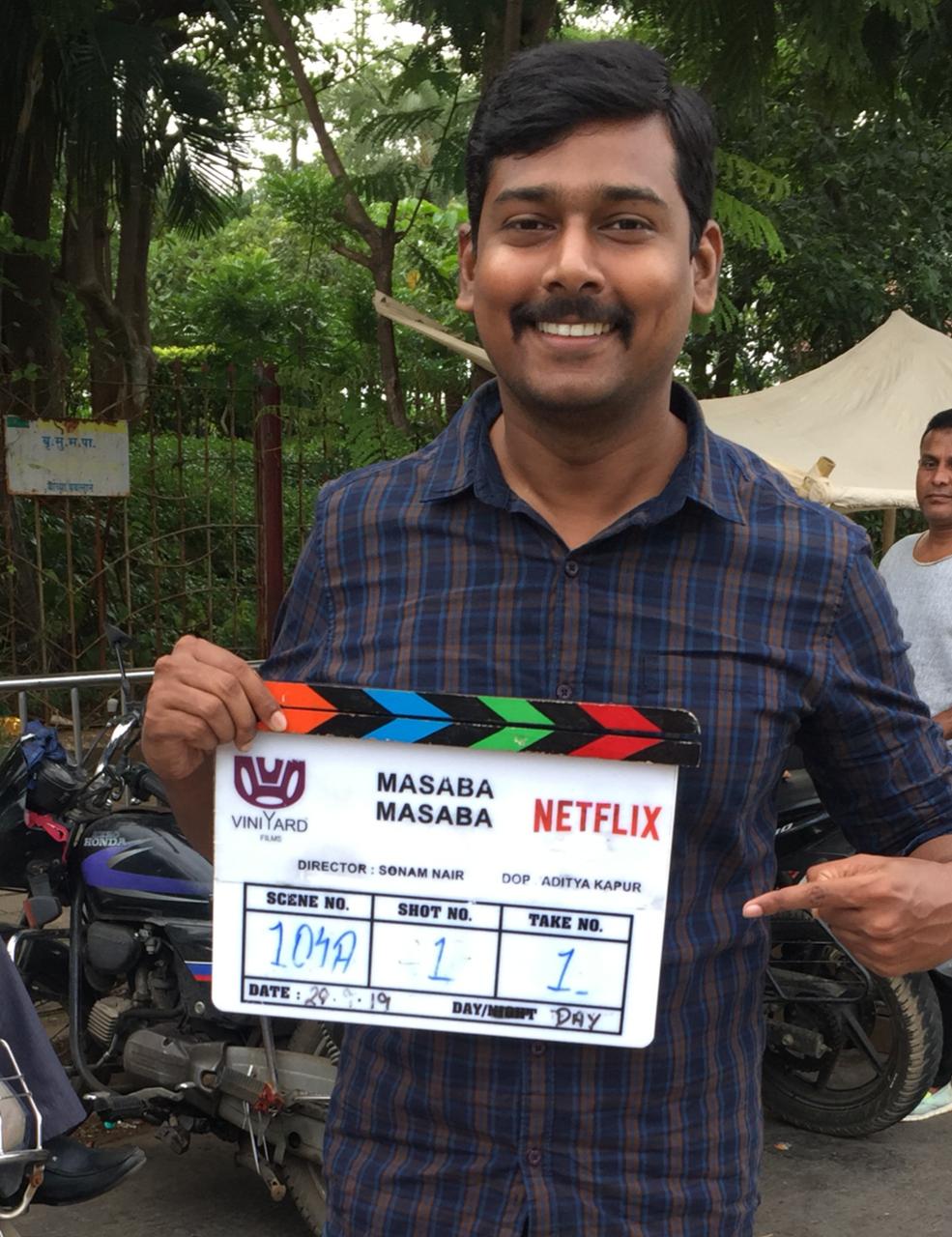 Abhishek Bhalerao with back to back releases on Netflix, next is Masaba Masaba

Actor Abhishek Bhalerao riding high on the success of his third Netflix project titled Class of 83 starring Bobby Deol which trends at No.1 on Netflix India after releasing on 21st Aug 2020 have another release on the same platform in a gap of just seven days. The title of his next series is Masaba Masaba starring Neena Gupta and designer Masaba Gupta making her acting debut. This will be his fourth project on Netflix.

Abhishek Bhalerao is really happy with the back to back release on Netflix and had started working towards achieving this feat since January 2019. With four Netflix projects in a span of fifteen months his actor colleagues tease him by addressing him as ‘Male Radhika Apte’. Abhishek Bhalerao says,” It’s their way of cheering me and of course actress Radhika Apte had so many Netflix releases in a leading role while he plays supporting actor in his projects so the levels are different as well as the vast difference in the skills and experiences.”

Abhishek Bhalerao praises the women he worked with in Masaba Masaba saying,”It’s a very special series for me because all the departments are headed by these amazing self-made women to whom everyone should look upto.” He addresses them as “Queens” and further adds,”The series stars queens Neena Gupta ji & designer Masaba Gupta who makes her acting debut but already looks like a seasoned actress in the trailer, it is directed by the cool director Sonam Nair, it is produced by Ashvini Yardi ma’am(my second project with her first being Chopsticks) even the casting director is the amazing Panchami Ghavri”.

Abhishek Bhalerao felt the whole project was efficiently executed and it was an amazing experience working under an All-women leadership which would not be possible again for a longtime given the pandemic situation. While encouraging more women to wear director’s hat the actor further expresses his wish to be part of many such women-directed projects for refreshing & unbiased storytelling without any toxic masculinity, which would only change the whole system in a positive way give more screen time and dialogues for women along with good roles written for them. He wishes to finance projects of women writers & directors and would be happy to take up roles which any male actor says no to, the roles that those male actors think that the character shows them “a weak man” or “not man enough” as per their ‘dictionary’ meaning, but the character could be a supporter of women or respects women & understands their everyday issues.

He strongly adds, “When a series like Masaba Masaba made by such amazing women gets a release on Netflix, it is expected from people to watch and encourage the creators of such a good content, otherwise the audience don’t have the right to complain that there are so less women in direction, women don’t get properly written lead roles with not enough screen time, even women who are Producers are so less in numbers, well it is you the audience who can make a difference by watching such content and you will automatically see more content created by such ensemble of women as producers, directors, writers and leading actresses. Masaba Masaba will be releasing on Netflix on 28th August, please do watch it.”