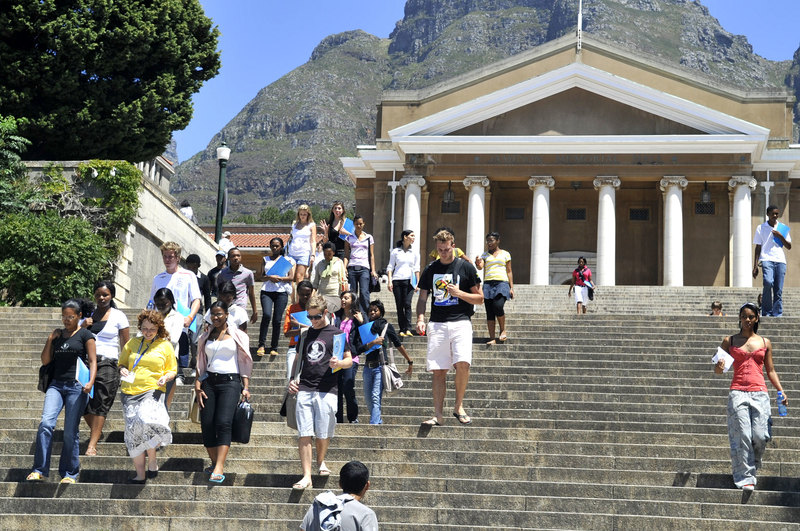 Academics’ reflections on racism and transformation at UCT

New Delhi: Race and transformation in relation to the future of postgraduate education at the University of Cape Town (UCT) were front and centre during an open dialogue between the university’s Future Leaders cohort.

The virtual gathering – the final event for 2020 – took place on Friday, 13 November. The 2030 Future Leaders programme is an initiative of UCT’s vice-chancellor, Professor Mamokgethi Phakeng. It consists of a group of up-and-coming scholars from across the university who have been selected by UCT’s leadership owing to their strong scholarship and traits that set them apart from other researchers.

Discussions underpinned what Professor Phakeng described as an area in which the university needs to grow – not just at an executive and individual level, but at an institutional level as well. She added that it also presented an opportunity to facilitate a bilateral learning process between the executive and the UCT 2030 Future Leaders.

As the world battles a range of challenges, including the effects of the COVID-19 pandemic, Phakeng urged the Future Leaders to embrace antifragility – the ability to grow stronger and to thrive as a result of shock, stress and disorder. She described antifragility as a “level higher than resilience”.

Two of the newest members of the cohort, Associate Professor Nomusa Makhubu (fine art) and Dr Asanda Benya (sociology), shared some of the leading challenges that relate to racism and transformation that would impede postgraduates from studying at UCT, as well as the stumbling blocks for those who “do make it” to the university.

When Associate Professor Makhubu arrived at UCT in 2014, she was conscious of the fact that she was the only black female academic in a predominantly white department.

“I faced the very real possibility of having no postgraduate students who were willing to be supervised by me.”

“I faced the very real possibility of having no postgraduate students who were willing to be supervised by me. I remember being very excited when I was allocated my first master’s student [for supervision],” she said.

“I was told I could only have that one [student] because it was seen as a kind of experiment and a way for me to begin to learn how to work with postgraduates. But I also recall that the rationale behind her being allocated to me was because she was a black applicant. And even though she was studying a subject I had no expertise in, it was one which most felt I would better understand as a black person.”

As the years progressed, Makhubu said, she witnessed a pattern. She proceeded to supervise more postgraduates who pursued an array of topics not necessarily linked to her area of research. “But because they were black students it was somehow assumed that I would have a better understanding of what they wanted to do with their research.”

Makhubu remembered being “shocked” at this practice. She had worked at a higher education institution before, and the way of working there was different, she recalled.

But she used this experience to her advantage. She said that it offered her an opportunity to understand the flip side of the coin and to get to grips with the experiences of black postgraduates at UCT and the challenges they faced.

“There were definitely social habits that had become so normalised that to begin to unpick them was the most difficult thing.”

Makhubu said that one of the fundamental challenges at UCT lies at the point of admission for postgraduates. She described the selection process at department level as very subjective and stereotypical.

“People look at the kinds of research topics students can embark on and the approaches that they can employ. But they tie these so intrinsically to race.”

In time, and as a direct result of this practice, Makhubu said, a clear pattern begins to form. Itʼs a pattern that indirectly highlights the topics the department expects young postgraduates to focus their research on, and the approaches they are allowed to employ.

Moreover, she said, negative perceptions about postgraduate applicants who come from historically black universities in South Africa also exist at UCT, as well as about those students who emerge from other universities on the continent.

“There’s an assumption that the value of their degrees does not meet whatever our standard is.”

“There’s an assumption that the value of their degrees does not meet whatever our standard is. And that is limiting the kinds of diversity, not only in terms of race but in terms of people’s own context,” she said.

“I think all of those things become important because the ideas of social habits and perceptions … remain right throughout, and they inhibit not only the progress of black postgrad students, but limit what we can do with the research.”

Makhubu stressed the need for a paradigm shift to change the levels of thinking and the disciplines and structures at UCT in order to move forward.

According to Dr Benya, there is an urgent need to rescue and revitalise the transformation discourse at UCT in aid of the future of postgraduate education, and to benefit the institution as a whole.

“What I see [at UCT] is that the transformation discourse has been adulterated. [It has] been diluted to its thinnest and most unhealthy [form].”

“The dangers of this bureaucratising the transformation discourse is that we also get to erode the critical edge of transformation – and that is really serious.”

Achieving transformation doesn’t mean replacing “white bodies with black bodies” or “male bodies with women’s bodies”. That, she said, is a simplistic way of approaching the problem, even though she agreed that it’s a key ingredient.

“It’s an ethical imperative. It’s a question of justice. It’s not a favour, it’s not charity. It’s really about justice at the end of it because we have a particular history in this country. We need to think and grapple with that history in realistic ways, not in ways that are charity driven.”

She said that black students are often simply tolerated at UCT and as a result, there’s an expectation that they will be more resilient than other students.

“That kills creativity, it kills imagination. It kills the critical edge that a lot of people want to see in their postgraduate students.”

“[The attitude is one of] you need to know your place. We are tolerating you. We are giving you the space, so come in, be grateful and sit down. That kills creativity, it kills imagination. It kills the critical edge that a lot of people want to see in their postgraduate students,” she said.

She encouraged academics to grapple with the “deliberate history” of discrimination that has resulted in the “privileging of a particular minority”. And attending to the hegemonic institutional culture that remains untransformed is critical too.

“There is a need to attend to the nitty gritty and what it means to transform our institutional culture. That is the biggest thing we have to work on. It’s not just about bringing in black students or black faculty [members],” Benya said.

“The debris that we have to attend to is in the daily practices that keep institutions what they are.”

Responding to Makhubu and Benya’s views, Phakeng said that it was “important to reflect on what younger academics at UCT are saying and listen to them because in 2025, they may be the ones leading the institution”.

“The 2030 Future Leaders programme was launched not only as part of our institution’s ongoing commitment to nurturing up-and-coming scholars, but also with a view to securing sustainable future leadership for the university.

“In order for the programme to succeed, these young academics need to know that their concerns are taken seriously, and opinions heard. What has been raised is critical. We recognise that a lot has been done to address transformation issues, and UCT is doing a lot but we know we have much to still do and we appreciate these young leaders for openly engaging us because it is only through dialogue that these matters can be brought to the fore and addressed fully.”
Attachments area