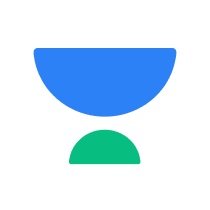 Bengaluru: Unacademy, India’s largest learning platform, hosted a Live Class today with WTA ranked India’s number 1 tennis player Sania Mirza and former England international cricket player Kevin Pietersen. The conversational Live Class was conducted to provide life lessons to the Unacademy Learners from the legends, as part of the ‘Legends on Unacademy’ Program and was a huge success with over 10,000 Learners attending the class.

During her conversation with Kevin Pietersen, Sania Mirza spoke about her early rise to fame, her ability to remain focused and how, despite all odds, she continued to reinvent herself to rise to the top. She also spoke about the need for better infrastructure and training conditions for sportspersons in India and how she would like to be remembered as a successful tennis player who brought a change in society for women.

Key learnings shared by Sania Mirza during the session were:

● Setting a goal for everything, be it for games or studies

● The need to be determined to succeed in life

● Hard work and repetitiveness are critical for success

● Belief in your abilities and giving it your best to succeed

‘Legends on Unacademy’ was launched in March 2020, with the idea of bringing legends from different walks of life to teach life lessons through Live Classes. In March, these Live Classes were conducted by legendary cricketers such as Brian Lara, Brett Lee and Jonty Rhodes, through the association with the Unacademy Road Safety World Series. In April, renowned personalities like Shashi Tharoor, Kiran Bedi, Virat Kohli, and Anushka Sharma took Live Classes to inspire learners on the platform. Additionally, the recently concluded sessions included the ones with Sunil Gavaskar, Sourav Ganguly, Zev Siegl, Mary Kom, Abhijit Banerjee, Jimmy Wales and Randi Zuckerberg.