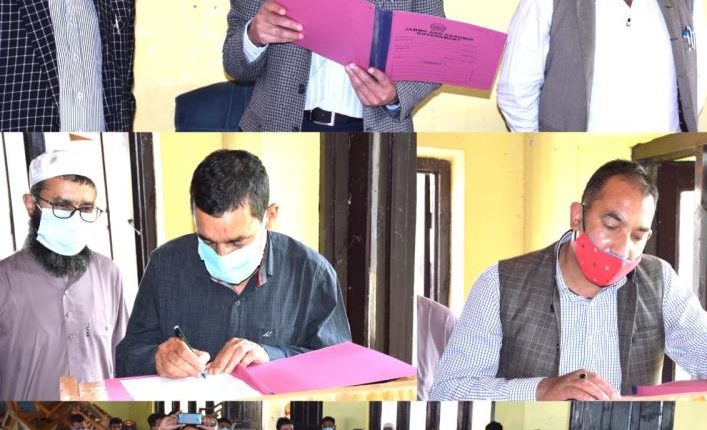 The elections for these posts were held recently after the former president and vice-president resigned from these posts.

Speaking on the occasion, President MC Bandipora, Khursheed Ahmad Ganaie said that he will work for the development of the town and sought cooperation of the people in this regard.