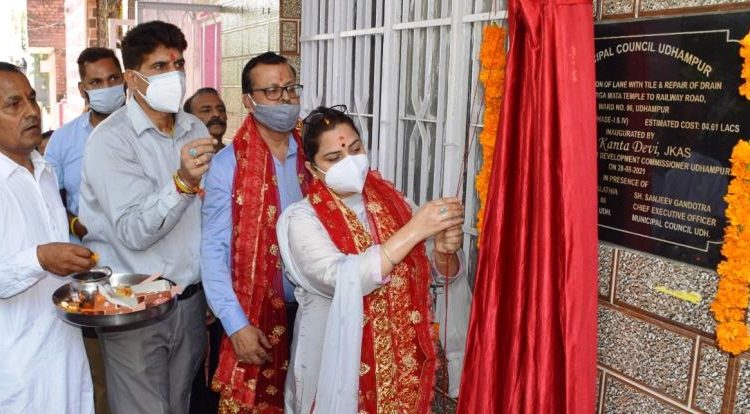 The ADDC congratulated the residents of the area for fulfilment of their long pending demand as with the construction of this lane and drain the people will get respite from the problems being faced by them, particularly in the rainy season. She also stressed upon locals to avail benefits under various flagship welfare schemes and programmes launched by the UT and central governments.

Sanjeev Gandotra, Chief Executive Officer; MC Udhampur, Vikram Singh Slathia Councilor of the ward, besides other prominent people of the ward were also present on the occasion.