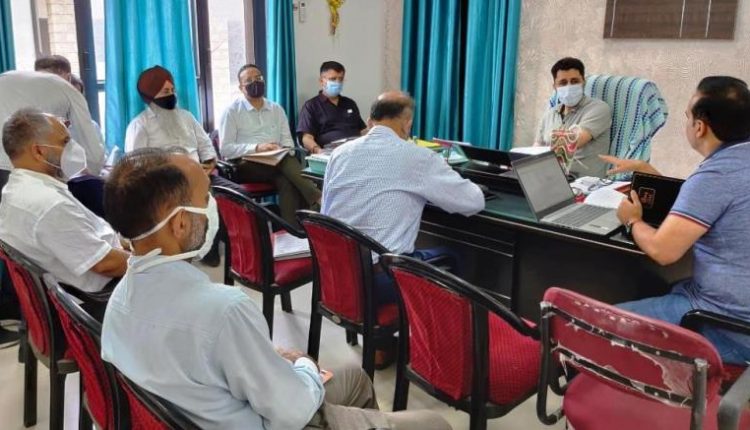 During the meeting, the ADDC finalised the Youth Club constituted in all 229 Panchayats and proposals of playfield.

The Youth Counselling centre was also finalised at DIET Poonch.

The Additional District Development Commissioner directed the ACD to submit the data of trained youth of all the Blocks for holding sports events viz; Cricket, Volleyball, Basketball and Football under LG Rolling Trophy Scheme.

The ADDC informed the meeting that LG Super-75 Scholarship Scheme has been launched for meritorious below 30 year educated youth (boys & girls) belonging to BPL/PHC (Priority Household Category). He said only regular mode courses will be covered under this scheme.

He directed all the Departments to collect the data of adolescent girls and young women in 18-35 year age group for availing the benefits of Tejaswini Livelihood Scheme.