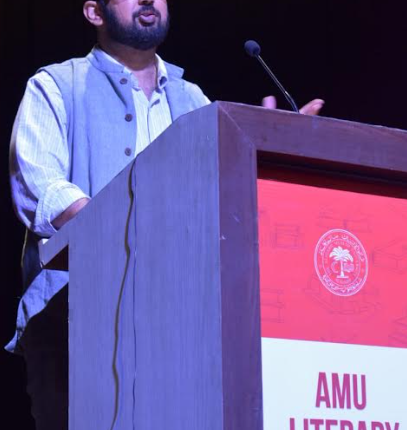 He was speaking in the inaugural function of the three-day (May 20 to 22) Literary Festival of University Debating and Literary Club (UDLC), Aligarh Muslim University (AMU) at the Kennedy Hall Auditorium.

“Parliamentary democracy is characterised by a system of mutual accountability and a much-crucial deliberative process. The legislature is constitutionally obliged to hold the executive accountable. The opposition front must recognise this, in fact, even more than the government”, said Aditya.

“It is noteworthy that in any democracy across the world, a vast populace continues to be ruled by a party they didn’t vote for which is why there is always a need for a strong opposition with a resolute allegiance to the people”, Aditya added.

He further said that a weak opposition is far more perilous than a weak government.

“It goes without saying that an irresponsible government in combination with a timid opposition spells doom. It should be clear to the party in power that the opposition parties are forces to reckon with. Hence, the opposition should continue to exist as rightful and equal participants in the process of law-making”, Aditya pointed out.

Aditya also released the newsletter of the first day, which was presented to him by Halima Saleem (UDLC member).

The inaugural day will be concluded with a musical performance by ‘Red T-Rap: The Band’.

University Of New South Wales: Social robotics can help us move towards a more…

iednewsdesk Jun 27, 2022
Monash Business School’s Global Executive MBA program has made a stunning debut among the ranks of the world’s…