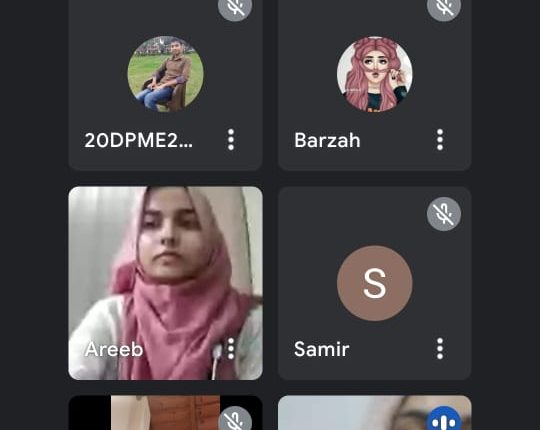 The debate was organised to mark the celebration of the 75th year of Independence of the country. “The competition aimed at creating awareness about gender equity evoked an overwhelming response but constraints of online mode prevented us not allowing more than 84 participants” said Professor Azra Musavi, Ditrector, Advanced Centre for Women’s Studies, AMU,Aligarh.

It was conducted at Junior (upto class 12th) and senior level (Graduation and Post Graduation). The digital platform helped students from different colleges and universities across the country to participate in the event.

Preliminary rounds were conducted which were judged by the teachers of the different faculties.

Mr Samir Malik, advocate on record in Supreme Court of India and Ms Faridi, Director, Eduglobetech were the panelists for the final round.

Sana Fatima and Areeb Bhati, students of BA final year were the moderators of the programme.

Professor Azra Musavi, Director of the Centre said that more such events will be organised in the future.