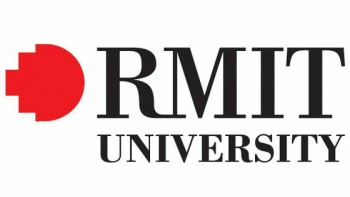 Advertising duo Riana McKenzie and Giordano Paoli are graduating with internships at an award-winning agency under their belts and an impressive portfolio focused on social responsibility and inclusion.

After meeting in the second year of their Bachelor of Communications (Advertising), Riana and Giordy partnered up to tackle first assignments and then real briefs, winning an internship at advertising agency Cummins & Partners.

Under the guidance of the agency’s creative director Sarah McGregor, they worked on a pitch for new client Libra, helping to win the business and inform the subsequent campaign.

McGregor then challenged the pair to develop a new direction for the brand, giving them free rein to identify a problem and present a creative solution.

The result, Libra for Every Body, is an inclusive campaign for transgender men, non-binary and a-gender people who experience periods but are entirely overlooked in advertising.

“We wanted to find a deep human truth and when we thought about that fact that not just women experience periods, it was obvious we’d found a problem that hadn’t been addressed,” Riana said.

“We decided to pitch a campaign for people of every body, every gender and every identity who experience periods.”


The pair reached out to the relevant community they were looking to engage in order to understand the barriers they faced and found the project morphing from assignment to passion project.

“It quickly grew beyond an assignment or even an industry project and started to feel like we were directly helping people and could make a real difference,” Giordy said.

Fiona Finn, a lecturer and industry fellow at RMIT, taught Riana and Giordy in the pilot research program on sexist advertising where they first met.

“They have incredible rigour when attacking a project, doing their own research and interviewing their audience to bring a real sense of genuine empathy to their work,” she said.

McGregor was equally impressed by their work at the agency. She gave the pair a new pitch, inviting them to participate in Snapchat’s Creative Council competition as a junior team represented by Cummins & Partners.

Giordy and Riana met in second year and have been working together ever since.
In Snap Back to Country they proposed a virtual time machine made using augmented reality portals to raise awareness of Indigenous land and culture.

Finding that Indigenous Australians are disproportionately represented among youth suicide rates, they set out to understand how looking back at history could facilitate cultural healing.
“Loss of land from colonisation has led to loss of culture and identity, and for Indigenous Australians mental health is deeply rooted to connection to country,” said Riana.

“The idea behind Snap Back to Country was that we need to look back in order to move forward.”

Reflecting on a whirlwind year that included a brief pre-lockdown stint in the office at Cummins & Partners before adapting to remote study in different locations, Giordy said the pair were excited for their next steps.

“We’ve grown so much this year and we’re so grateful for the generous guidance of mentors like Sarah and Fiona,” he said.

“As we graduate and look to enter the industry we plan to continue leading with empathy and social good and pave the way for more conscious advertising.”

“We’ve also become best friends and just feel so lucky to be able to do what we love together.”

Congratulations to RMIT’s Class of 2020. This year’s graduating class are like no other: strong, resilient, and inspired. RMIT is excited to welcome the graduates into our global alumni network, spanning more than 140 countries and 400,000 alumni.

Theodore Ziolkowski, renowned scholar of German and European literature and ‘one of the true giants of the Princeton faculty’ dies at 88

Penguin Random House: Viking to Publish Amanda Gorman’s CALL US WHAT WE CARRY…