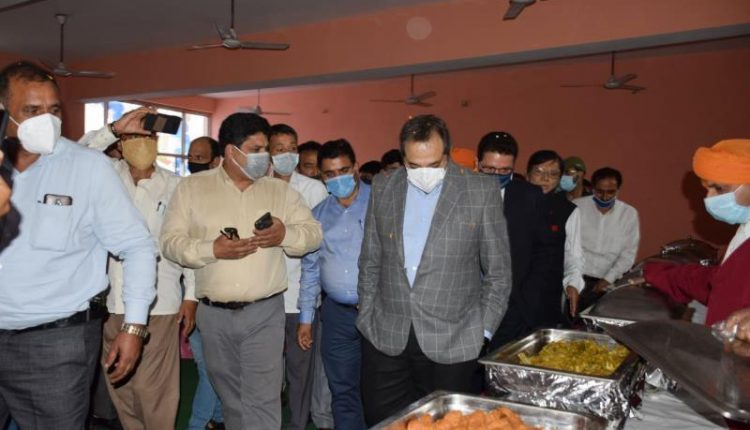 Secretary Tourism, Sarmad Hafeez; Relief Commissioner, TK Bhat; MD JKTDC, Nisar Ahmad Wani; Director Tourism Jammu; Nasim Javid Chaudhary and many other officers and officials from the Tourism and Relief departments, besides large gathering of Kashmiri Pandits in their traditional attire were present on the occasion.

On the occasion the Advisor said that Kashmiri culture is a blend of mixed traditions beautifully nurtured by Kashmiri Pandits. He mentioned that the community is an epitome of Kashmiriyat with their culture spread across length and breadth of valley. He appreciated the community for upholding the brotherhood to the best of the standards.

He said that the culture of this community is unique and leaves its impact wherever they stay. He recalled that this community has always been producing best brains that have made their names in every field. He mentioned that their contribution in preservation of Kashmiri ethos and culture is immense and should be written in golden words.

Advisor said that it is our endeavor to promote all the cultures of J&K be it Kashmiri, Dogri, Punjabi, Pahari or any other culture found in J&K. He said these are diverse and worth presenting before the world so that people are familiarized about our cuisine, crafts, heritage and history.

He said that the Lieutenant Governor is very particular about the rehablitation of this community and has directed for making every basic amenity available to them. Elaborating he said that the LG was keen to extend every kind of provision to celebrate the recently concluded Shivratri festival with religious fervour.

Secretary Tourism, Sarmad Hafeez said that this programme is one among many scheduled to highlight local heritage, culture, cuisine and crafts here in J&K and outside it. He said that such kind of events would be organised everywhere to promote J&K Tourism across globe.

On the occasion the Kashmiri artists presented several performances including Wanwun, Chakker, Roaf and recited poetry of Kashmiri Sufi saint Lalla Ded (Lalleshwari). In this event Tourism department has also put up an exhibition depicting Kashmiri Pandit food and art. Besides the departments like Handicrafts, Handloom, Tourism, Khadi & Village Industries, Agriculture and other departments had set up their stalls displaying different handmade products crafted by the local artists.

The festival has attracted hundreds of viewers who had enthusiastically assembled much ahead of opening of the program. Famous artists like Deepali Watal and Shazia Bashir enthralled the audience by their performances. The program is going to continue for one another day with many more Kashmiri artists who will showcase rich art and culture of Kashmiri Pandits.

Lava revolutionizes e-Education with a range of tablets for students