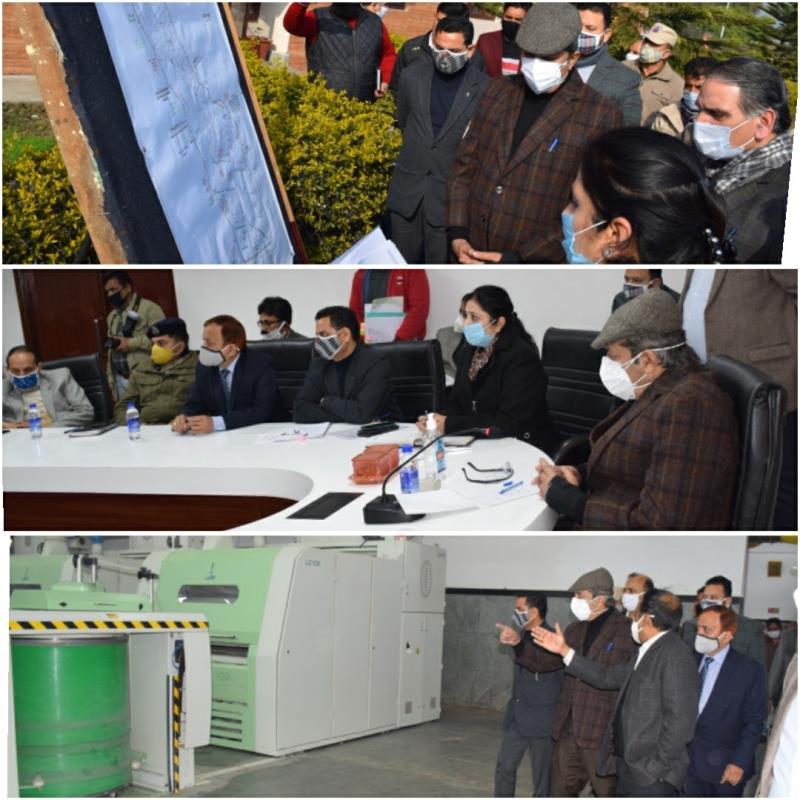 Kathua: Advisor to Lieutenant Governor, Baseer Ahmed Khan, today said that the present dispensation led by Lieutenant Governor is focusing on strengthening industrial infrastructure with better service delivery to make the environment more congenial for industries to grow across the Union Territory of Jammu and Kashmir.

Advisor said this during an interaction meeting with members of Kathua Industries Association.

Responding to issues highlighted by the industrialists of the district, Advisor directed Director Industries to send a team to assess the infrastructure gaps at SICOP areas of Hatli Morh and Govindsar so that needful can be done at the earliest.

Referring to role of industrial sector as important in the economy of an area, Advisor said efforts are being made to have first hand appraisal from all the stakeholders so that Ease of Doing business can be achieved in real terms. He said the objective of meeting all stakeholders was to take necessary feedback so that the concept of Single Window System shall be made practical and workable.

Advisor said the government is revisiting the industrial policy with the objective of making it workable for both existing and new industries.

Responding to the problem of power supply shortage highlighted by industrial units of Chadwal Industrial area, Advisor assured that the needful will be done to address the problem on priority.

Regarding the demand of easing out of Covid-19 SOP’S at Lakhanpur for visiting labourers, staff members and industrial owners from Punjab, Advisor assured the matter will be taken up with the higher authorities.

Later, Advisor visited SICOP Ghati where he inspected the infrastructure of the industrial area.

Advisor was briefed by the Director Industries, Anu Malhotra, that the SICOP Ghati is being developed on modern lines housing first ever biotechnology park, work on which is in full swing. He was also informed this industrial area is among the largest areas having provision of business conference hall, common facility centers, parks, High Capacity Power Grid Station, housing colony, Solid Waste Management Plan, restaurants, Police Station, Fire station, Over Head tanks etc.